It's Storytelling, Just Not As We Know It 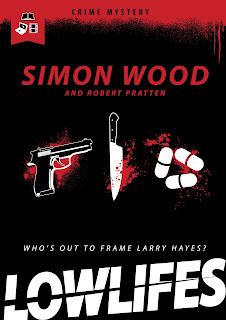 IT’S STORYTELLING, JUST NOT AS WE KNOW IT
By Simon Wood
When is a book not a book?  When it’s Lowlifes.
Lowlifes is a collaboration between filmmaker, Robert Pratten, and me, where we tell a story from different character points of view using various media.  The book tells the story from point of view of the protagonist, a San Francisco Police Inspector.  The short film gives the viewpoint of a PI investigating the cop.  The fictional blog catalogs the thoughts and feelings of the cop’s estranged wife.  The trendy term for this new kind of storytelling is transmedia.
I jumped at the chance to take part because it meant telling a story in a different way than I’m used to doing with a novel.  I usually incorporate multiple viewpoints in my novels, but I’ve never tried to write a story using different mediums to illustrate the different viewpoints.  With Lowlifes, it was like trying to paint in oils, watercolors and sculpt all at the same time.  I should have walked away, but I signed up to take part, because I can't resist a challenge.  I knew I’d have to flex some different writing muscles.   And I think I pulled a muscle or two switching from straight narrative to the more visual-oriented script then to the more conversational tone of a blog.
The setup for the story was Robert's idea.  He gave me a brief outline of the characters in mind and the conflicts at the heart of the story.  I found it very easy to develop the storylines and characters around Robert’s original concept, because we share similar tastes in crime fiction and agree on what makes a good crime story.  We both like our stories dark with broken and damaged characters (I’m not sure what that says about us).  I think our shared outlook has been the reason that the collaboration has been such a seamless one. 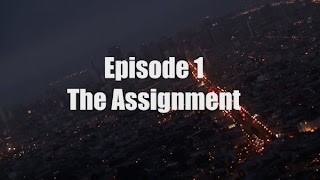 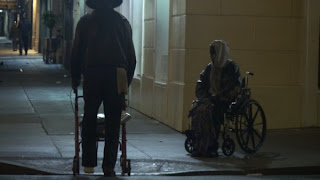 Lowlifes centers on Larry Hayes, a San Francisco Detective.  He thinks his life has already hit rock bottom.  He's lost his family to divorce and he's clinging to his career by a thread.  All this stems from a painkiller addiction he can’t kick that he picked up from an on-the-job injury.  But there's another level for Hayes to fall as he finds out when he wakes up in an alley after a bad trip with no memory of the last four hours.  He thinks this is the wake-up call he needs to turn his life around, his problems intensify when he receives a call from a homicide inspector.  Hayes' informant, a homeless man named Noble Jon, lies dead two blocks away, beaten and stabbed.  The eerie pang of guilt seeps into Hayes.  During his lost four hours, he's been in a fight.  His knuckles are bruised and there's blood under his fingernails.  Is he Jon's killer?  The mounting evidence says so.  To add insult to injury, his wife has employed a PI to dig up dirt on him to ensure she gets sole custody of their daughter.  Hayes mounts an off-the-books investigation and disappears amongst the city’s homeless community to stay one step ahead of a murder charge. 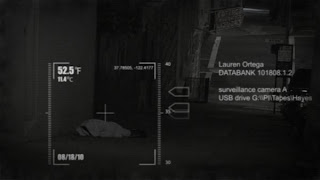 One of the elements of this multi-dimensional story is that each medium isn't just a rehash of another.  This was something we were adamant about.  Having seen some other transmedia projects, while slick, the various elements didn’t add to the story.  We wanted to handle things differently.  The book is its own self-contained story.  People can read it and never bother to check out the movie or the blog and still walk away without feeling something was lacking.  The same is true of the movie and the blog.  But if people want to enjoy all the facets of a story as seen through the eyes of multiple characters, they can.  We’ve also experimented with other facets which include a spin-off short story encoded into the pages of the book and a puzzle element.  It’s been quite an undertaking and we’re both intrigued to see how people will receive it.
The hope is that if the demand is there and people like the characters, we’ll develop further adventures featuring these characters and keep pushing the idea of multi-layered storytelling.  We know we have the storylines to take these characters further.
Please can learn more about Lowlifes at www.lowlifes.tv
Yours on the cutting edge,
Simon Wood
simonwoodwrites@yahoo.com
www.simonwood.net
BIO: Simon Wood is an ex-racecar driver, a licensed pilot and an occasional private investigator. Simon has had over 150 stories and articles published. His short fiction has appeared in a variety of magazines anthologies and has garnered him an Anthony Award, a CWA Dagger Award nomination, as well as several readers’ choice awards. He's a frequent contributor to Writer's Digest. He's the author of WORKING STIFFS, ACCIDENTS WAITING TO HAPPEN, PAYING THE PIPER, WE ALL FALL DOWN, TERMINATED and ASKING FOR TROUBLE. As Simon Janus, he’s the author of THE SCRUBS and ROAD RASH. Curious people can learn more at www.simonwood.net
Posted by Working Stiffs at 12:01 AM

Welcome back, Simon. I hope you and your wife are enjoying your vacation.

This sounds like a very interesting concept. I think this is an exciting time to be writing. There seems to be something for everyone.

Thanks for having me back. It'll be interesting to see where this story goes and where it leads.

This looks like a very exciting project to work on. It makes you wonder what other works will be made with things like this. Almost the perfect marriage of minds for this project too. Checking out Lowlifes.tv