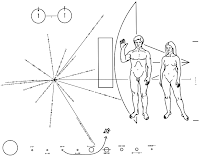 The last Carnegie International was supposedly about “grappling” in a post-9/11 world. Four years later, I’m still not sure what I was looking at. The exhibition did not speak to me. Also, I hate the word grapple. It is the art world’s “proactive."

The 2008 Carnegie International is less than two months away and I am breathless with anticipation. The theme of the 2008 International is well-formed and complete, even though it is one giant question.

The curator, Douglas Fogle, explained his mind-set when he was forming the exhibition. For the first time in the history of the Carnegie International, the exhibition has a title, “Life on Mars?” which is meant to be a rhetorical question that causes us to examine what it means to be human on the planet earth in 2008. The exhibition title comes from a David Bowie song by the same title, which appeared on his 1971 album Hunky Dory. It is actually a sad song, and the main character may never know the solution to the mysteries of the world, like whether or not there is life on mars.

The other idea floating around in the theme of the exhibition is the story of the Pioneer 10 space probe. The Pioneer 10 is often considered the first object to leave the solar system. It was launched into space in 1973 (the year I was born, how cool). The critical fact about the Pioneer 10 is that it bears a plaque that is meant to be a message to extraterrestrials. It contains a drawing of a male and female human as well as a diagram of our place in the universe. Until about ten years ago, the signals from the Pioneer 10 were still reaching earth. The Pioneer 10 epitomizes the human need to connect, to make contact with another being, human or not.

The art in the 2008 International is about the basic human need to make contact with others. So I've been thinking, wouldn't it be mind-blowing if we got scientists to send a signal into space from the Carnegie Museum of Art for the duration of the exhibition? What if, art about making contact with others (of any kind) was the thing that actually made contact? I could just sit and think about this for hours, and I haven't even seen most of the work in the show yet.

Every time the International comes around, I swear I'll check it out. But then I'm reminded of how a friend of mine--lawyer, big reader, wicked Scrabble player--needed a personalized guided tour of the International to make sense of what she was seeing, and she still thought most of it was incomprehensible schlock. But your enthusiasm for the upcoming international is contagious, Brenda--maybe I'll finally go this year. If I find I need someone to explain to me what I'm seeing, I'll probably leave and visit the Hall of Architecture. Weird tho those impersonations are, they tell me stories I can understand and appreciate.

But grappling always makes me think os sweaty guys on a high school wrestling mat that's covered in confetti from the last pep rally. Maybe the stuff of fantasy for a 13-year old girl, but now? Ew.

I think of "grappling hook," those devices pirates used to latch onto helpless merchant ships, so maybe sending out a probe to seek life in outer space is just a modern version of the grappling hook.

The problem with "grappling" is you can't use it by itself. You need something to "grapple with."

I don't have a problem with "proactice." My pet peve is using "impact" as a verb.