Confessions of a BBC Addict 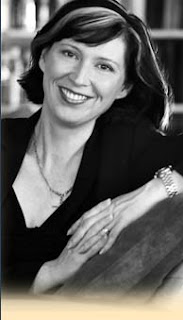 by Clare Langley Hawthorne
I have to confess that whenever I have a mental block or an issue in one of my manuscripts that needs time to resolve in my head, I turn to my tried and true method of escape: I watch BBC period dramas. I’ve been hooked ever since I was a teenager in Australia when of the four TV channels we had growing up (yes, entertainment was that that pathetic in 1980’s Melbourne) the Australian Broadcasting Commission could be relied upon to show all the terrific BBC series. I grew up on a steady diet of Jane Eyre, The Irish RM, House of Elliot, Testament of Youth, and Brideshead Revisited – just to name a few. So now, when I’m sick of my own hero or heroine I turn once more to the ‘Beeb’ to provide my imagination with some good honest stiff upper lip and repressed emotions to get me going again.

I admit to being a romantic at heart (even if I do still enjoy bumping off a few characters in my books!) but I prefer smoldering looks to the ‘bodice ripping’ kind of romance. When I arrived in America imagine my pleasure at being able to watch not only PBS’s Masterpiece Theatre and Mystery but also BBC America - oh, and not to forget Netflix that can provide me with my ‘Pride & Prejudice’ fix whenever my heart desires it. So, in the midst of my latest round of revisions, I’m finding it very hard not to watch ‘North & South’ (on Netflix instant play – was there ever a temptation like this?!) or to tune in to BBC America’s Robin Hood – sadly, another vice of mine. Although I have to confess when it comes to some of the latest BBC series I find myself yearning for the quality of yesteryear and Robin Hood is a good example of this. The dumbed down, historically questionable melodrama nonetheless draws me in (and the leather outfits and ripped Gap T-shirt effects are always a hoot). I find myself shouting at Marion “Go for the evil Guy of Gisborne you dolt! Robin’s a wimp!” But still, in the best BBC tradition, the smoldering looks of Richard Armitage are enough to keep me tuning in.

I write historical mysteries so I guess it’s natural that I’m drawn to Foyle’s War rather than CSI Miami but still, I sometimes feel like it’s a guilty secret of mine. My husband knows that things must be really bad when I’m sitting in front of the TV with a cup of hot tea (with milk of course), a slice of Battenberg cake, and Dorothy L Sayer’s ‘Gaudy Night’ on DVD (sigh, how I love Edward Petherbridge’s Lord Peter Wimsey). I recommend this to anyone wishing to revitalize the spirits and escape 21st century pressures. It’s also comforting as only a cup of tea and the BBC can be.

So what do you do when inspiration grows thin? When you want to escape into another time and place? Do you, like me, resort to the tried and true BBC period dramas, or are you more progressive?


Clare Langley-Hawthorne was raised in England and Australia. She was an attorney in Melbourne before moving to the United States, where she began her career as a writer. Her first novel, Consequences of Sin, has been nominated for the 2008 Sue Feder Memorial Historical Mystery Macavity award. The second in the Ursula Marlow series, The Serpent and The Scorpion, is due out in October 2008. Clare lives in Oakland, California with her family.
Posted by Working Stiffs at 5:00 AM

When I'm really in a bad way, I pull out the young adult books I read as a kid (and, guilty secret, a few I've discovered since) and re-read them yet again. C.S. Lewis's "Narnia" series is one of my favorites. I can never read it too many times.

What is it about those books and movies from Britain that's so compelling? Why can I read Jane Austin over and over and over again? Maybe it's something about all those repressed feelings that I can so relate to? There's something about people fighting their own feelings that makes them, in my humble opinion, so much more compelling than those who spew them liberally over everyone in their environment.

I don't watch much TV, British or otherwise. I discovered a few weeks ago that WGN is now running "Newhart" on Sunday nights. I loved that show, but I can't say it does much for my writing.

My best and favorite escape is to get on a horse and head into the woods. This allows me to truly get away, mentally AND physically from the 21st century. Inside my head, I can be anywhere at any time.

Like Joyce, I don't know that it does anything for my writing, but it makes me a lot easier to live with.

ME? I hit the walking trail. I read the last bit of what I wrote, stuff my earbuds in my ears, turn my iPod on some mindless aerobic dance music and walk (hard). After about a half mile, my mind starts slipping into the plot and off I go.

The only thing tv or movies do for me is distract me. And that happens all to often. Damn that So You Think You Can Dance and Dancing With the Stars.

Funny coincidence, I watched 'Gaudy Night' just the other day. Not because I was stuck in my own writing, but because I discovered it at the library. Can't turn down a freebie... Unlike you, though, I don't care much for Petherbridge. Maybe it's just me, but I thought Peter had more sex-appeal. And wasn't quite so old.

I grew up with even fewer TV-channels than you did, Clare. That may be the reason why to this day, I don't watch much TV. (I have to confess I like those true crime shows, though. They're a little like mysteries, and I have fun trying to decide whether the person they say is guilty, is likely to have done it. Although I've noticed they rarely answer all the questions.)

When I get stuck, I'll read instead - something that couldn't possibly influence my own writing too badly - YA fantasy or something - or surf the internet, looking for inspiration. Works every time...

BTW, Diana Killian tells me you and I will be filling in for her on Good Girls and Cozy Chicks for the next month or so, while her wrists heal. Nice working with you!

Hi, Clare! For inspiration I go out into the world to watch people, i.e. riding the bus, visiting the mall. I love sitting in the waiting room of doctors' offices. Walking is inspiring, too.

I'm with Wilfred -- in spirit, that is. Whenever I get stuck writing or living in general, I walk.

Hi everyone! You all sound so much more cultured than me - and you're right being out and about in nature and people or buried in a book - I think I'm just slack sometimes:) I also re-read children's books like the Narnia series when I feel the need for comfort. As for the British repressed feeling stuff - I agree it's much more compelling and I kind of like stuffy old Wimsey - though I agree ont he DVD he seems older than I imagined.

Clare, you are being too nice giving me WAY too much credit. I've never been told I was cultured. Well traveled? Experienced? Okay. Cultured? As Borat would say, "NOT!"

David Niven as Lord Peter Wimsey Hmmm...I'll have to ponder that one. Now you've got me thinking who would I want to play him if the BBC redid the series? Food for thought.