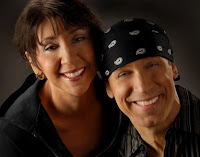 If you think being the guy half of a female pseudonym is easy you should hear the pet name my father used to call me as a little kid. I won’t even tell you. Too risky. Wouldn’t want it buzzing through cyberspace. Even though he thought it was cute and funny. Even lovable. Somehow it didn’t quite strike me in those terms. The goofy, made-up word reminded me more of a French side dish or the name of some new line of clothing for babies. Don’t ask me what miracle spared me from his ever using it on me while in the presence of one of my friends. No doubt my bosom pal from the fifth grade would have hopped on it. Word would have spread through my school. Within hours my budding male identity would have been dealt to a major blow. All the quarters I saved in my piggy bank wouldn’t have been enough to hire a Madison Avenue publicity agent to salvage my reputation.

Alice also had her moniker cross to bear. For the purpose of this post she’s willing to disclose the name she hated: “Jocko.” As in the, oh, so popular colloquial term, jock. In high school she was very athletic -- cheerleading, gymnastics, running and ballet. Her reward was to be named after that very specialized garment designed to protect a man’s private parts during rigorous exercise. Gee, thanks.

Nicknames can be a real pain. Which is why we decided to give the lead character in our Saylor Oz Mystery Series, a high school label that keeps coming back to haunt her. In her early thirties now, Saylor hasn’t yet made it to five feet tall. And while growing up, she was always the shortest one in her class. Add that to her last name -- Oz -- and you’ve got the ingredients for a
perfectly awful nickname: “Munchkin.” That’s gotta hurt.

But we like to think it helped developed Saylor’s empathetic qualities and taught her early how to use her wits to stand up for herself. She’s a character whose personal insecurities combine with her game insistence on coming through for her friends, which usually gets her into situations that make her look ridiculous, not to mention putting her life at risk.

Meanwhile Saylor’s best friend and sidekick, Benita Morales, an obsessively frugal financial analyst and female boxer, is called Binnie. This takes on more defining aspects when combined with her ring name: “Binnie The Bitch.” The contrasting nature of the two character’s nicknames can hopefully give readers a fast, clear picture in their minds of the distinctly different personalities.

Saylor, a psychologist, sex therapist, and perfume aficionado, is a warmhearted oddball whose most lethal weapons are her fast mouth and her determination to be there for people who need her. Benita is more cynical. A hard line do-it-yourselfer and a pro boxer, she’s not afraid to get physical with obnoxious pendejos. So while Saylor is a nurturer who thinks nothing of following her intuitive hunches, Benita challenges her with hefty doses of reality testing, except when her own buttons are pushed.

One reason this opposition is crucial for our two main characters is because our crime adventures contain hefty doses of over-the-top humor, with Saylor and Benita working as a comedy team. Kind of like their two creators. No, not Jocko and yx%#. We’ve made up our own name this time, thank you: Allyson Roy.

Come visit us at http://www.allysonroy.com where you can read excerpts of both Saylor Oz books or enter a drawing to win one.

Many thanks to the authors of Working Stiffs for having us as guests today.

Allyson Roy translates as Alice and Roy, husband and wife collaborating authors and winners of a 2009 Daphne du Maurier Award for Excellence in Mystery/Suspense. Their Saylor Oz mysteries take place in Brooklyn’s DUMBO neighborhood and combine gritty, urban suspense with wacky, over-the-top comedy in a style they call Madcap Noir. BABYDOLL, the second book in the series just came out this week.
Posted by Working Stiffs at 5:00 AM

I never had a nickname as a child (except for one uncle who insisted on calling me Tony...I don't have any idea why), but I always wanted one. As an adult, I seem to have collected a couple of them. Different friends have different names for me. Nette. Annie. Irene. I've decided I don't care what you call me, just don't call me late for dinner.

Welcome Alice and Roy! Your books sound like a lot of fun--and I love the cover of Baby Doll.

I never had a nickname as a kid either, other than getting called by one of my three sister's names by my grandmother once in awhile. She'd go through all four names before getting it right.

My husband and two sons refer to me as "the Queen" but I'm not sure they always mean it as a compliment.

Irene? That's an interesting one for Annette! Thanks for stopping by and sharing.

Thanks for having us here, Joyce!

I (Alice) am one of four sisters, too. So I know what it's like to hear a parent go thru the list before hitting the right one!

Welcome to the Stiffs, guys! I personally think Allyson Roy is a rocking name, and makes perfect sense for you two, obviously. I betcha though, Roy, people are surprised sometimes to find you're part of the writing team. Good to know that your now fully developed male identity can handle it!

I never really had a nickname either, growing up. Jennie is a pseudonym. My real first name is actually a variation of Benita, so I have had to answer to a lot of different variants of pronounciation through the years, including that one. Benita, that is. Some people avoid the problem by calling me B. (Bee? Bea?)

Congratulations on the launch of Babydoll yesterday! Here's to many more!

Thanks, Jennie! Always nice to hear from you. And congratulations on Spackled and Spooked.

And, Jennie --
as to your question from yesterday's post . . . you can call me a babe anytime.
Roy