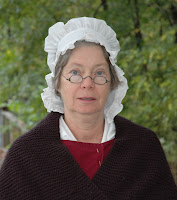 My reading choice has always been short story anthologies. I would go through the table of contents and start with the shortest story and work my way up to the longer ones.

When I began writing seriously I was of two minds. I knew novels were the way to go, but I soon found myself using shorter form to fill in the back story of my series characters. When I reread my first novel manuscript I realized that it was actually a series of short stories. So I gave in. I am a short story writer.

For some reason I had the idea that short stories would be easier to sell than novels. I can’t say I was wrong about that. No fiction is easy to sell. But it is pretty hard to get a short story placed, and paying markets are few and far between.

I learned quickly that each anthology had to have a least one noted author. I was surprised to find that the best story in the book was not by the noted author but by someone I had never read. The top notch novel writers didn’t write the top notch stories. It is clear that it takes different skills to write a good short than a good novel.

When I go to book parties, I have to carry four books with me. I have ten pages in each book. I often wish I had a whole book to call my own. From time to time I think about doing my own anthology.

It takes me three days to write a short story. Not necessarily three days in a row. The story I am working on now started with several hours of writing to set the scene, introduce the characters, and start the action. Three days later I wrote the end. I know who did it and why. I am still working on the middle, how my detective gets from the beginning to the end. I know the clue I need to plant but I am not sure where to plant it. One morning I will wake up with the answer. Until then the story will wait for me.

I do as much research for my stories as I do for my novels. Many of the stories I have written were based on a single non-fiction book. Each story is informed by the extensive research I have done on the time period, background of my characters, and the setting. The short story published in Chesapeake Crime 3 was written after nearly a year’s work on a single historical reenactment, Washington’s march to Yorktown for the final battles of the Revolution.


KB Inglee does historical interpretation at two gristmills in Delaware and Pennsylvania. She writes historical fiction, mostly short stories. Wearing the clothes, taking care of heritage animals and using water powered heavy machinery gives her a feel for the time period that makes her writing more vivid. Her stories, set between the mid 1700 and the late 19th century, appear in several anthologies, including Death Knell IV and Chesapeake Crime 3. She is a member of Sisters in Crime, and a local writing group Written Remains. She lives with her family in Northern Delaware.
Posted by Working Stiffs at 5:00 AM

did I take that photo?

I haven't written very many short stories, and the few I've written are really short--one was 200 words, one 250, and one was about 1000 words. They were a lot of fun to write. It was a nice change of pace from writing novels.

Welcome to the Stiffs!

Wow, I'm impressed by anyone who can write a good short story. I can't, and not for lack of trying. You'd think it'd be a lot easier to spend three days writing a short story, than 3-4 months writing a first draft for a book. Not for me.

Hi KB!
Nice to see you over here at Working Stiffs.

I think writing short stories can be much more difficult than novels. It's like creating a world in a grain of sand. And there's no room for anything that doesn't move the story forward.

After I won the 2007 Al Blanchard Short Short Crime Fiction award given at the New England Crime Bake each year (Nov. 13-15 with Sue Grafton this year!), I agreed to be a judge and since then I've read about 250 short stories for the contest over the past two years. My conclusion is that a great short story is a product of a lot of hard work and skill -- there are no serendipitous accidents in this genre. So count me among the admirers of a good short story -- and keep on writing 'em!

I agree that short stories are tougher to write & have always admired those who can write a good one, esp. a mystery.

Hi, KB! It's nice to put a face to the name, finally. And I see we're kindred spirits attire-wise. There's a picture of me dressed in my F&I War garb on my website:
http://www.annettedashofy.com/articles.html.

This is from KB no matter what the ID shows.
I am delighted to be here. Yes, Bodge, my daughter took the photo. That's what family is for. That and to tell you how great you are (if they expect to get fed).

Short stories are hard. They aren't just short novels. I have one story I am working on now that is clearly a short story. It has too many people in it but the plot is too simple for anything longer.

I have been trying to win the Al Blanchard award for years. I will keep plugging away at it and maybe someday...

You are amazing - I so enjoy knowing you and reading your stories! Hugs - BHB

I fiddle so much with my stories, I guess if I added up all the hours in a month, I come up with 3 days too.
Patg