Well, another Bouchercon has come and gone.  And if you ask me it was a resounding success.  Jim Huang and all the B'con organizers did a terrific job.  The city, setting and hotels were fantastic.

I'm sure I'm not telling you anything new, but Bouchercon is not a writers conference.  You don't go as a writer to learn how to write.  It's a convention designed to bring fans and authors together.  So why the hell did I go? I don't have a new book to promote.  I wasn't on a panel.  I had to place books on consignment with Mystery Mike's bookstore to have some available just in case.

So again, why did I go?  I did consider bailing at the last minute. I mean I had to use the last day of vacation I have in my day job until next March.  My middle daughter was coming home from college to pre-celebrate her 21st birthday.  And I could come up with a dozen other reasons I shouldn't have gone.  But then I remembered how much friggin' fun I had last year.  I remembered how energized I was when I came back.  I remembered just how great the community of Mystery Writers is.

I wasn't disappointed.  I had a great time.  I'me ready to pull that Work In Progress up on my screen and finish it.  I'm ready to make it as good as I'm capable of making it.

Speaking of how giving the Mystery Community is, I was participating in the Continuous Conversation and that very subject came up.  One author (to remain nameless) said "Mystery authors are generally not assholes.  There are exceptions, but for the most part, we're pretty nice."

It didn't take long to reconnect with a number of authors that I consider friends.  And some of them hit it big this year.  For example: 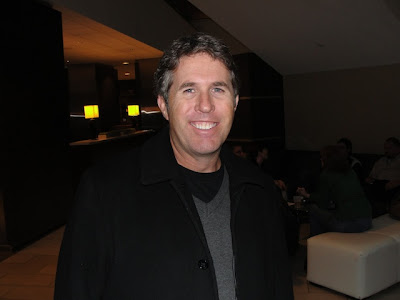 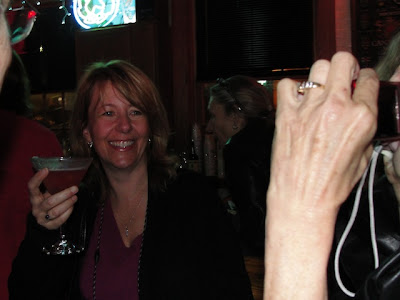 Brett Battles won the Barry Award for best thriller (I think, I guess I shouldn't have had that last IPA Wheat Beer... or the first or second or...)  Julie Hyzy won an Anthony and Lori G. Armstrong who couldn't be there, won the Shamus for her book Snow Blind. 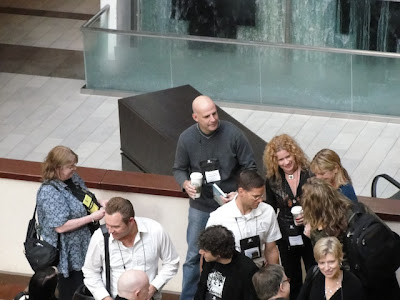 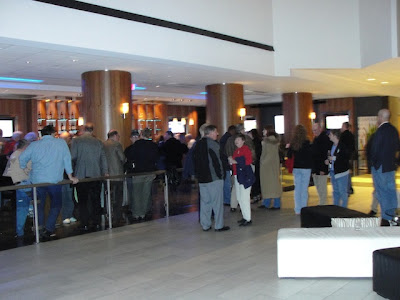 Where it's at: The Bar and a great Wheat Beer.  I had several meaningful and meaningless conversations here. 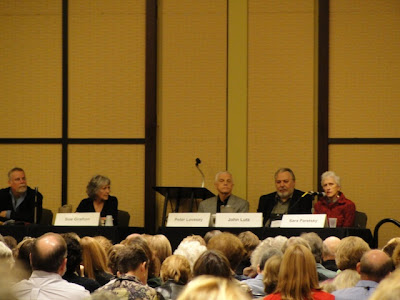 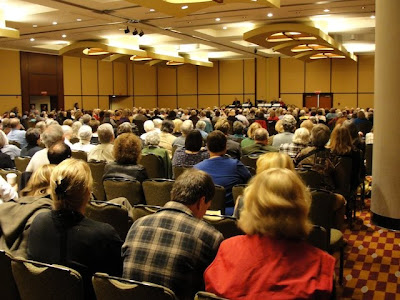 It was a Mega Panel 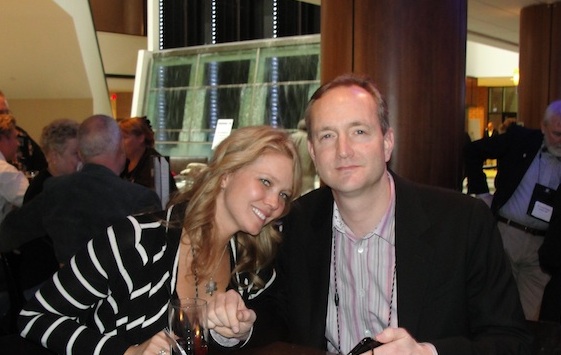 And of course, the lovely couple Tasha Alexander and Andrew Grant.

A Little about Tasha and Andrew.  I don't think I've met two nicer people.  They are both extremely talented and giving.  And Andrew, if you read this, I will not sell the book you signed for me on Ebay.  I'm really looking forward to reading EVEN.  And, by the way, they look fabulous together. 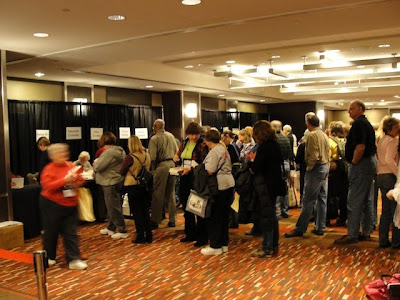 Now about the party.  Lee Child had a fantastic party at The Slippery Noodle.  The Slippery Noodle is a Pre-Prohibition Blues Bar where Lee hosted his Jack Reacher Party.  I was invited by Andrew Grant, Lee's brother.  You can't tell so much from the pictures, but it was wildly popular.  It was a great way to end the weekend. 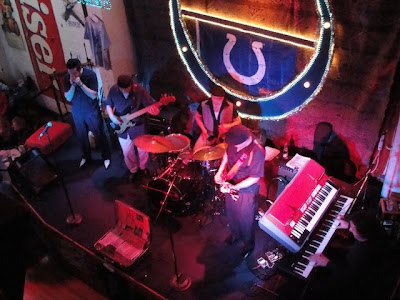 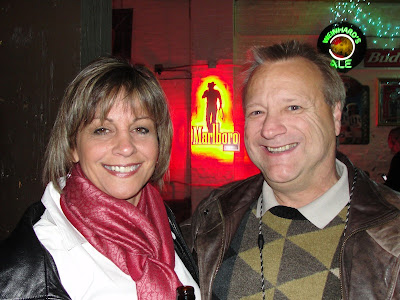 My beautiful wife Linda and I at the Jack Reacher Party. 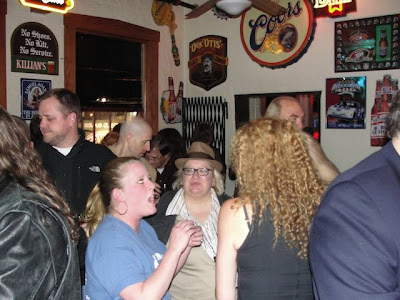 The crowd including Kelli Stanley and Alexandra Sokoloff 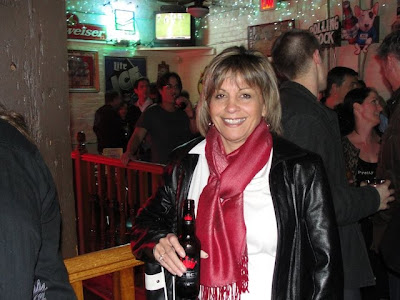 Thanks Wilfred for posting the pics and the report. I'll get there one of these days -- in the meantime, you've helped me enjoy it vicariously. Now we both need to get back to those WIPs. I'm up early to work on mine -- hoping to be at least mostly done by the agent pitch at our New England Crime Bake next month!

Thanks for posting the photos, Wil. I'd say they made me feel a little less sad about not being there, but that would be a lie.

Wil, I'm sorry we missed meeting. I was only there on Thursday, but got so much creative energy from the panels I attended. Wish I could have stayed for the whole conference.

I did meet Alex, though!

Thanks, ladies. Karen, I arrived late on Thursday due to lack of vacation days.

By the way, just a few of the titles I've added to my "TO BE READ" pile:

And Only TO Deceive - Tasha Alexander
Even - Andrew Grant
No Mercy - John Gilstrap
The Cruelest Month - Louise Penny
State of the Onion - Julie Hyzy
Shadow of Betrayal - Brett Battles
I filled in 3 Jack Reacher novels and 2 Harlan Coben novels.

I think I'm taking Even with me on my trip to Los Angeles next week.

Looks like a good time was had by all, Will. Thanks for sharing the pictures. And yes, Tasha and Andrew are adorable together, aren't they? And absolutely some of the nicest people around. You're gonna love "And Only To Deceive"; it's a fantastic book. Certainly blew me away when I read it.

It was so great to finally meet you and your lovely wife Linda!

Hey Karen, Thanks for stopping by. It was nice finally meeting you as well. BTW, Karen blogs for the First Offenders ( http://firstoffenders.typepad.com/offenders/ ) and was also nominated for a Shamus for SHOT GIRL. First Offenders is sooo outdated, since all of them are great multi-published authors.

Jennie, I forgot that Tasha used to be a Nasville Girl.

And it was great meeting you, your enthusiasm is part of what makes all of this so great.

Wilfred, thanks so much for the post and the pics! I only wish I'd gotten a chance to share a drink with you!

This was such a fantastic Bouchercon ... and despite my best efforts, I could not close the bar because it stayed open past 2 AM every night. So we've got a lot to live up to in SF, and I know those of us out here will be working overtime to make sure it's another fabulous get together.

You guys are all way too kind! I love you!!!