Writing Advice: Is there anything new to be said? 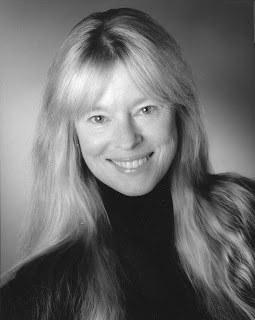 
I can time the beginning of my writing from the birth of my second son. That’s when I put down my pencil and left the law library, and my yellow legal pad, behind. At home with two small boys and no job after years of working, I panicked, thinking, “But I’ve always had a job. What will I do?” I’d always wanted to write. Writing seemed to be something I could fit into the spaces of a mother’s life, between naps, during preschool and play dates, so I bought a computer and sat down to write a mystery. Nine sleepless, crazy months later, I typed “The End” on the last page of a very bad novel, did the happy dance, put it in the drawer, and started another. That was almost twenty-seven years ago. The second book took twice as long and was worse than the first. Undaunted, I started a third.

All three of those books now sit in a drawer somewhere, though I’ve been known to claim that they’re locked in a safe which is encased in cement, wrapped in chains, and at the bottom of an unnamed river. The first book I sold was the fourth book I’d written. By the time it was published, I’d spent ten years in the unpublished writer’s corner. I learned two important things from those ten years, and those practice books: the value of persistence and discipline, and how important it is to believe in your own work. From the next many up and down years—when my career was going smoothly, when it was tanking, and the times in between, I learned the importance of taking chances.

What about persistence and discipline? Well, I’ve been teaching writing for almost as long as I’ve been published—my first book came out in 1994—and for all of that time, and the many wonderful students I’ve had, I’ve also seen one consistent thing: students who just want to sit there and write down the magic rules, so they can then go out and write a best-seller and become fabulously rich. Many aspiring writers don’t want to hear the word “discipline,” and long to believe in the fluttering muse theory of writing. You sit in coffee houses, drink wine, schmooze with friends, take long, meaningful walks, and when the words are ready, they will tell you and you can go and write them down, channeling them like a medium in an ecstatic trance.

There are a lucky few for whom writing is like that. Sadly, for most of us, writing is more like going to work, even, perhaps, like going to the gym. If you do it consistently and regularly, you get better at it. Stronger, more flexible, able to wrench those words and sentences around without back strain or acute pain. There will still be those days when it seems like every sentence is carved from your forearm and nailed to the page, but that’s part of being a writer. And persistence? It takes a long time to write a book even when you’re showing up at your desk every day. Writing a book is like eating a whale. If you eat a little every day, eventually, you’ve eaten the whole whale. But if you don’t show up at your chair, even on the days when you stare at the daunting blank whiteness of the screen for an hour while you grind your teeth or retype “The quick brown fox jumped over the lazy dog,” until your vision blurs, you won’t be there on the day when it does become like ecstasy. When the words flow, you’re in the zone, you know your characters, and suddenly you’re writing the sentences, the scenes, the dialogue you’ve dreamed of writing.

Are there tricks, strategies to use when the blank screen seems to be winning? A zillion. You can google writing tips and spend the next ten years reading them and taking notes. Or you can, as my mother used to say, “Keep your seat in the seat.” And write. Give yourself a goal, a set number of words you have to write before you can go stand outside and scream. Promise yourself a reward: one first class chocolate when you hit 500 words. Be playful: if your character is about to fall into bed with the guy she’s been hating for the last fifty pages, you might show up at your desk (assuming you write at home and not at the public library) in something sexy or provocative. If your character is confronting the bad guy, you might wear shoes YOU can run in. If you’re feeling like the world isn’t taking you seriously (That painful ‘Are you published?’ question) or you’re not taking yourself seriously, dress for success when you show up at the desk. Choose a type of music or theme song for your character, to play for times when he or she doesn’t seem to be working. Keep a running list of research questions, and when you hit the wall, take a research day and go get yourself some answers. Be kind to yourself—when it’s done well, writing looks effortless. But a lot of effort goes into producing that kind of writing.

And we never did get to the matter of taking chances. Perhaps the next time I visit Working Stiffs?

Kate Flora has earned awards and starred reviews from critics from her mystery and suspense novels, her true crime, and her short fiction. She is the author of eleven books, including series mysteries, a stand-alone suspense novel, and an Edgar-nominated true crime. Flora’s stories have appeared in nine anthologies. She teaches writing for Grub Street in Boston.

Be sure to come back tomorrow when best-selling author and writing instructor Hallie Ephron shares the best writing advice she ever received.
Posted by Working Stiffs at 12:01 AM

Hi, Kate! Thanks for being here with the Stiffs.

How true, how true. Especially the part about some days it feels like the words are being carved from your forearm. I've definitely been there, done that.

Thanks for being here Kate~ and thanks for all the great reminders, espcially about being kind to ourselves.

Great post. For every ten days that I have to pull the words out of me and force them kicking and screaming onto the page, I have one day where the words flow effortlessly. Those are the days when the other ten are all worth the struggle.

Hi, Kate! Thanks for the excellent writing advice.

Thanks for visiting, Kate! Good stuff!

Thanks for visiting Kate.

"...students who just want to sit there and write down the magic rules..."

I think so many writers fall into this catagory. They think there is some formula to follow. In reality we all have to find our own way to write.

When I was writing poetry, it had to be muse-inspired. Fiction writing? Not so much!

Kate, I never thought of dressing myself to fit the mood of my writing. That's just one bit of advice I'm gleaning from your post. Thanks.

You left out the comment from friends/acquaintances when they find out what you write and are published -- be it romance, mystery, erotica, whatever -- and they look at you and ask 'So, when are you going to write a REAL book'

I've never thought about writing a book as like eating a whale, and the image made me laugh. Fortunately, I never get tired of whale.

Kate -- There was so much wisdom in this post it's hard to even pick out one part I liked best. So, like the woman from the deli in When Harry Met Sally, I'll just say, "I'll have what she's having."

Oho! Can't believe I forgot to mention the debilitating effects that perennial question: when are you going to write a real book?

My two faves are:

I always wanted to write a book, but I tried it once it and it was hard (poor baby!! Implying, I suppose, that it comes easily to some of us?)

and
I've always wanted to write a book, and someday, when I have a free weekend, I'm going to write one.

I was so amazed the this second one that I decided to try and see how fast I could write a book. It took 4 1/2 months of 10 hour days. I got a 485 page book that I then had to cut down 365 pages...and the process was so exhausting I couldn't converse or make a grocery list by the end of every day.

But good luck to those who can write a book in a weekend.

You left out my favorite: "I have a great idea for a book. How about I tell it to you and you write it down for me? We could split the profits."

You bet, Gina...how many times have I heard that?

Or how about...I've never read anything that you've written, but I'm hoping that you'll read my manuscript and give me feedback?

Oh...but we must not go there. This is about getting ourselves going, isn't it?

Best advice? Wear armor and be kind to yourself.

Hi Kate,
Long time no see. What great comments and advice. And so true about getting those juices flowing.
Why is Creativity So Fragile????
Oh well.
Patg

Thank you for sharing these things. After 20+ years of wanting to become an author I've buckled down to do the hard work. Honestly, a lot of the things I'm doing has sucked a lot of the enjoyment from the process but I just keep marching through it. :)

Jason...I am so sorry that your process is sucking out the enjoyment! This is sad. Yes, it's work, and yes, it can be hard, and yes, we need discipline, but it's all in service of those incredible moments, days, months...whatever we get when we're in the flow and the story works and we can come close to ecstasy. I think we shouldn't do it if we don't have those moments.