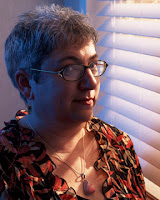 
It’s something most authors have no control over. Yeah, we write the books, create the characters and plots, but we are not trusted to give input about what our covers should look like.

And perhaps, in some instances, that’s a good thing. Not everyone’s visual. But what about covers? Do they sell books? And what about mine, since, I mean let’s face it, that’s why we’re here?


My first published novel was VEIL OF LIES seen here as a hardcover. I had no idea what St. Martin’s art department was going to come up with. Here was a new medieval mystery, a “Medieval Noir,” so it was sort of a different take from the average medieval mystery. Those covers ran the gambit from stained glass windows, to old drawings of knights, to tapestry-like paintings. Historical novels usually employed costumed models in lush backdrops. So it could have been anything, and since I am a visual person (I was a graphic artist for fifteen or so years) I anxiously awaited what they would come up with. I knew for myself that book covers are the first thing that get my attention in a bookstore. So I was hoping for something eye-catching…in a good way.

The initial image my editor presented is the one that ended up on the hardcover. Basically, they ran out of time. He never really liked it but it was okay by me because it looked rather literary and it was, after all, my first freakin’ book cover! Though my first reaction was “Why a key?” My editor replied, “It’s a locked room mystery.” Oops. I’d forgotten that.

Anyway, after a while it did seem a bit literal. A key, a folded veil, drops of blood. Nice, classy, but did it really say “Medieval Noir?” I had in mind more of a cover like my friend Kat Richardson had; a single character on a shadowy background where you can sort of tell what city they’re in. The only thing iconic to London of the time period was the Tower of London, but you can’t have that in every shot.

As luck would have it, when it was time for VEIL to go to paperback, the paperback division of Minotaur Books absolutely hated the hardcover art. In fact, they weren’t going to spend the money on the paperback if Minotaur did not change it and pronto.

Suddenly, I was being asked for ideas, and the same guy who did Kat’s books was being looked at. I might have given a girly squeal at one point. Crispin Guest, my brooding ex-knight turned detective, is the driving force in the novels, a sort of medieval Sam Spade, and so I really wanted that single figure in a shadowy background. The fellow who did Kat’s covers was overbooked but I was given links to other artists they were considering who did similar work, artists who used model photos that are then manipulated in PhotoShop. A model was chosen for Crispin and I was shown the head shots of him. Now we were getting somewhere!
I was worried about the costume because so many historical covers get the era wrong. After all, it’s the author who does all the research, but the artist just seems to have a vague idea of “medieval” or “Renaissance.” Fortunately, someone did their homework, and Crispin is in the proper clothes. Even the right colors! I couldn’t have asked for a better job.

With different backgrounds and different moody colors (I particularly liked SERPENT IN THE THORNS with its sepia tones) “Medieval Noir” came to life.
They only get better and better. We get a rather dramatic flourish of cloak and brandishing of dagger on the VEIL OF LIES trade paperback, a preoccupied Crispin in sepia on a dark and lonely street on SERPENT IN THE THORNS, and a pensive and anxious Crispin by moonlight—a sort of Batman watching over Gotham shot—on the newest, THE DEMON’S PARCHMENT (which is apt in this one, because there is a mysterious creature stalking the streets of London). I can’t wait to see what they’ll come up with for next year’s installment, TROUBLED BONES. They took a boatload of shots of this model in costume so there is a good supply for many Crispin novels to come. (And no, I do not bring him with me when I do book signings or talks. Sorry, folks. All I know is that his name is Wes and he probably lives in Oregon.)

I also credit these covers with my surprising number of young male readers. Not only is it cinematic (I get asked time and again when the movie is coming out. I wish!) but it also has a sort of fantasy feel and a video game vibe. I suppose guys pick up the books because of the cover first, perhaps thinking of a video tie-in and then plunk down the money after reading a page or two.
I am completely enamored of these covers. Oh I know that there are folks out there who will say “That’s not how I pictured Crispin.” And to tell you the truth, it’s not exactly how I pictured him either. But it’s darned close.
-------

Jeri gets to picture Crispin all time when she writes her “Medieval Noir” series. *sigh* You can read a chapter of her latest, THE DEMON’S PARCHMENT, on her website www.JeriWesterson.com.
Posted by Working Stiffs at 12:01 AM

Email ThisBlogThis!Share to TwitterShare to FacebookShare to Pinterest
Labels: Jeri Westerson, Serpent in the Thorns, The Demon's Parchment, Veil of Lies

Darn it, Jeri! Crispin doesn't travel with you to booksignings???

I think you need to convince him to tag along. Can you imagine all the women lining up to meet him? And of course they'd all buy your books!

Welcome back to Working Stiffs!

Welcome, Jeri! It's surprising how much a cover can influence whether or not I decide to read or buy a book. Rationally I know that shouldn't be the case, but initially I do "judge a book by its cover."

Although, once I've picked the book up, I will read the first page and the jacket blurb,too. After reading more about it, often I'll put a book back down that I was initially attracted to based on the cover appeal, but then changed my mind.

Also, not only the cover design, but the title also has a bearing on whether I pick a book up or not.

They are great covers! Unfortunately, it's never a sure thing. A reader's reaction to a cover is completely subjective. What one person loves, another will dislike.

I was thinking of attracting more male readers when I chose the image for Thrilled to Death. It worked. At book signings, men always pick up that novel and usually buy it. They don't care that it's the third in the series. :)

Damn, yeah. Get that puppy in the suitcase. I think everyone's onto something here. Seriously. Wes is an asset; you need to get him on board for signings. (And once you have his number, you might pass it on...)

REALLY nice covers. I'm off to the library now, for a closer look. And if that's what Crispin looks like, I might just go against my usual preferences and try to read a historical.

He's here in Oregon! Really!
I agree that a good cover does cause a lot of reaching for the book by browsers. And if you can get enough of those--not your usual fan base--you get those unexpected sales we all hope for.

HI Annette,
Yes, disappointing, I know. But I hope you come to the book signings anyway. I just started bringing my digital frame that plays the book trailer. And Crispin narrates!

Hi Joyce, thanks for having me. He'd definitely be an asset. I wouldn't have to do anything but sign books! Maybe a full sized cut-out...

Flesh and blood might be better, but a full-sized cut out might work. I know it would make me go over for a closer look!

Yes, we all do that. I mean, how else to browse book shelves if not by an eye-catching cover or title. And then it has to pass the blurb test and maybe even a first page test. It's a crap shoot...in more ways than one. I don't dislike my hardcover Veil of Lies art, but I don't think it is the best choice to sell the book.

Subjectivity is definitely the name of the game. Some people still like the "key" cover best; it looks more traditional, more serious. If you plunk down money because of it, more power to ya!

Run, don't wallk! Give it a shot. Lots of folks have told me that they've never read historicals before but loved mine. I think it's because you can get so tangled with the characters problems and the mystery, that the historical setting falls away, and I think that's a good thing.

That's exactly it. Picking up the book to look at it is half the battle won. A shrug and an "I'll give this a try" can make a reader a fan.

I'm thankful you escaped the headless torso virus infecting book covers lately. The only time I judge a book by its cover is when Kinuko Craft has done the art work. That's an automatic buy for me. I've never read a book with one of her covers that I disliked. I think she is very pricey, so the publishers don't pay her fee unless they really believe in the book, so I know it's going to be good.

Madame Guillotine is hard at work on the covers of historicals. If Crispin Guest had been a woman, he'd have lost at least the upper half of his head on every cover. Even if a protag is male, he may not escape. Check out the cover for C. C. Humphreys's Jack Absolute. Waste of a fine redcoat.

Yes, the dreaded beheading. I'm glad they didn't go that route. I understand why they do, or at least I think I do. So that the model doesn't have to look like the character, or can't look like them. If there had been a woman protagonist there might have been far more decolletage than was present in the fourteenth century, so that's a mercy.

Shame on me for not mentioning the name of the talented photographer who brought these covers to life. His name is Steven Gardner of PixelWorks. Here's a story where he's interviewed and mentions Veil of Lies: http://tinyurl.com/pywx28