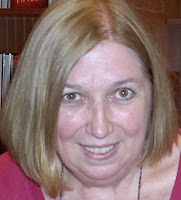 Writing from Italy for an American audience creates many challenges. I want my work to present stories that couldn’t happen anywhere else. And I aim at showcasing Italian culture that visitors on vacation for a few days or even weeks might not see.

To establish the setting, the first thing I do is drop in Italian words or phrases. When I first began writing from this vantage point, I translated or paraphrased, following a tip from the first “how to” book I read. For example, a character might tell the waiter, “Pasta e fagioli, per favore.” Later, the waiter would deliver his pasta and beans. When I read these passages now, I cringe because their leadenness slows the pace.  Fortunately, I didn’t submit much before I abandoned this approach. Now I drop in phrases familiar to Americans or which have spelling or pronunciation similar to the English counterpart.

My American protagonist has an Italian mother who left Italy for America forty years ago. Caroline learned Italian from her mother, but it’s a bit out of date. In my story “Feeding Frenzy” from Fish Tales, The Guppy Anthology, she overhears something that she understands on the surface, but not the idiom it represents. That phrase becomes the key to solving the murder. When she finally learns the idiomatic meaning, she can identify the murderer. I hope that having Caroline occasionally misunderstand creates a bond with the reader.

I also try to draw a picture of Italian daily life and habits. The bar is integral to the Italian way of life. It’s rather like the post office in my home town where everybody stops to talk with their neighbors when they go to pick up the post. In Italy people gravitate to the bar for a cup of espresso or cappuccino in the morning, maybe a glass of fruit juice in the afternoon. Here you’ll hear arguments or last night’s soccer match or gossip about the latest political scandal. And it’s a family affair. Grandparents take their grandchildren to the bar for ice cream.

Other things have no counterpart. For example, Italians frequently identify a woman with the article La followed by her surname. Meryl Streep is often called La Streep by the newspapers. In my WIP, two brothers meet for coffee. One, a police commissioner, refers to the murder victim as La Davidoni. His brother is attracted to Caroline the protag. Later, the police commissioner warns his brother to steer clear of La Whitlock. I want to show that this cultural habit is not disrespectful. It’s quite the opposite.

The biggest challenge is trying to find a balance that showcases the culture for a foreign audience without sounding simplistic to the conoscenti. An Italian friend who grew up in the U.S. and knows both cultures thinks I achieve that with my blog (http://ItalianIntrigues.blogspot.com). I hope I’m doing that with the novel.

Patricia Winton has lived in Italy for about 12 years, the last nine in Rome. A former food writer, she has combined her passion for Italy, mysteries, and food to create a cast of characters and plot lines that derive from the Italian setting. Her first published work using these elements is “Feeding Frenzy” in Fish Tales, The Guppy Anthology (Wildside Press, 2011). She has two novels in the works. Website: http://PatriciaWinton.comBlog: http://ItalianIntrigues.blogspot.com
Posted by Working Stiffs at 12:01 AM

Welcome to Working Stiffs, Patricia. I enjoyed your story in Fish Tales!

Patricia, I suppose we should call you La Winton....

I run into this same language challenge when I write about Louisiana. I want to include some Cajun French, and while I use mostly recognizable phrases, I sometimes throw in a challenging words that the reader can translate via context. You gotta have some fun. (Mine are often cuss words, I have to admit.)

Thanks for visiting, Patricia!

Hmm. Maybe I should write something in all Pittsburghese...

No, sweetie! Not ALL Pittsburghese. It'd be like writing in a foreign language. But dropping in a few yinzes sure do help to set the scene, doesn't it? ;-)

I love how everybody linked my dilemma about conveying a foreign language as I write to conveying U.S. regional differences. I agree with you. As a product of the American south, I know there are many southern dialects, depending on location. And I'm always annoyed by writers who try to capture "southernness" by using "y'all" in the singular. My struggle is to avoid that kind of silliness when I use Italian.

Joyce, thanks for the Fish Tales mention. Ramona, I am called La Winton! I took a writing workshop with a woman whose family hailed from Iceland. It was very interesting to hear her perspective.

Patricia, I think even the use of y'all can be regional. Where my sister lives in NC, "y'all" is singular and "all y'all" (which seems really redundant to me!) is plural. The same goes with "yinz" here in Pittsburgh. It technically should be plural since it's a variation of "you ones", but most use it as singular. For plural use we use "yinz guys."

Joyce, I know there are variations of y'all used in other parts of the country. The American Heritage Dictionary of the English Language has an extensive explanation pointing this out. It says that y'all derives from the English that early on had two forms of second person (thou and ye). In the American south, y'all is always plural. It even has a possessive: y'all's or you-all's. I hear both used. And yes, I've heard all y'all, too. Not just in NC. Especially in the plural possessive: all y'all's books.