by Patricia Smiley
I recently recovered from a virus that began as a cold and morphed into a sinus infection and then a cough. For approximately one month, all I wanted to do was stay in bed under the care of a kindly nurse and an around-the-clock Hot Toddy IV drip. 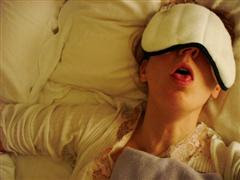 Colds used to be a minor annoyance when I worked in a “real” job, maybe because working there made me feel crappy even without a cold. Now I’m a writer with deadlines and book tours, and feeling crappy is a major problem.

However, at some point I had to resume my life. So, I doctored up with over-the-counter medications and off I went to my various book events, snuffling, coughing, and praying I wouldn’t sneeze on anybody’s signed first edition. At each affair, I followed proper cold etiquette. You know what I mean: obsessive-compulsive hand-washing and dabbing my proboscis daintily with a tissue. I even carried the regimen one step further and only blew my nose solo, because—you know—the sound is really icky.

I also nixed hand shaking, forewarning everybody that I had a cold. My Miss Manners behavior produced a cascade of responses from “Screw the cold. Gimme a hug” to the most disconcerting reaction of all—the speechless guy who backed away in horror, hands clutching his throat as if he was auditioning for the title role in “Aliens Redux.”

I was curious how other people dealt with nose etiquette, so I scoured the Internet for kindred spirits. Here’s a pithy pearl of wisdom from pediatrician Corinne Taylor, MD, of Emory University and Emory Children's Center, Atlanta. She said, "I make my child recite the three rules every day before preschool: I will use Kleenex, I will wash my hands, and I will stay away from anybody with snot." 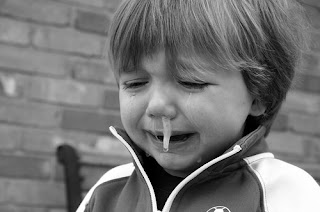 Words to guide you through a cold-free life.

As a culture, we are obsessed with hygiene. We supply our bathrooms with individual guest towels because—God forbid—two people with clean hands might use the same towel. We hang charms around the stems of our wineglasses so our guests won’t drink from someone else’s goblet. Our grocery stores supply disinfectant wipes to scour our shopping carts (Don’t people wash their tomatoes once they get them home?). I once loaned my new lip-gloss to an acquaintance for a quick touch-up and afterward—based on a dire warning from a friend—threw it away.

A school of thought that maintains we use too many chemicals to kill germs in our world is gaining traction. Not long ago, I was visiting a home in Scandinavia occupied by a family with a one-year-old child. I watched as he played on a less-than-immaculate kitchen floor and ate kibble from the cat’s dish. I was aghast. The child’s mother noticed my discomfort and informed me she had recently uncovered research proclaiming that people had become too fastidious. Not only were they killing good germs but they were also exposing their children to excessive chemicals. If we continued, she warned, we would challenge our ability to fight infection. As a footnote, she told me her child had never been ill.

Where do we draw the line between caution and germophobia? Should we adopt a more laissez faire relationship with “bugs” or is there a drug-resistant killer germ luring on that innocent-looking guest towel, biding its time…waiting…watching. 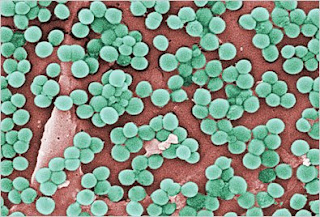 I’ve been healthy for several weeks now. A couple of days ago my husband started sneezing and coughing. Did I say to him, “Screw the cold. Gimme a hug”? Or did I have an “Aliens Redux” moment? Let’s just say, somewhere out there is an Oscar with my name on it.

Patricia Smiley writes the Tucker Sinclair series about an L.A.-based amateur sleuth with a sense of humor and a nose for trouble. Her novels include FALSE PROFITS, COVER YOUR ASSETS, SHORT CHANGE, and the recently released COOL CACHE. Patty is also a Reserve Officer for the Los Angeles Police Department, currently assigned as a Burglary/Theft investigator. For more information, please visit www.patriciasmiley.com and www.nakedauthors.com (blog).
Posted by Working Stiffs at 5:00 AM

I have to say, I have more of a laissez-faire attitude when it comes to germs. I figure if one has my name on it, I'll get it. If not, I won't.

But then, I feel similarly about locks and cars. I've never had my car broken into, but have locked myself out innumerable times. I had one car that it was impossible to "jimmy" the locks, and when I called AAA they had to remove the lock from the trunk in order to get in!

I've decided that I'm my own worst enemy, so when it comes to self-protection, I need to stick close to home.

Although I make sure I get my flu shot every year, other than that, I'm pretty casual about germs. I was listening to a woman on the radio last week who was preaching we should Clorox everything (she must have a book coming out on this, or she works for Clorox). She even suggested BATHING in it--diluted, of course.

I think common sense is the key. Wash your hands, but don't go overboard. And try not to sneeze on anyone.

And Patty, I want to hear more about your reserve officer job!

Laissez-faire describes my attitude, too. By the time I was six, I--like my sister and brother--had survived mumps, measles, chicken pox, pneumonia and whooping cough (and one car accident). Then we moved to a farm where I played in the less-than-pristine barn and swam in the creek that ran down thru dairy farms and who knows what. Colds and the flu are annoyances--and of course they can be deadly for an unfortunate few. I figure I've been exposed to just about everything, so I'm identify with the Scandanavian mom's approach. Germaphobes are doing themselves, and the rest of us, more harm than the germs they so neurotically fear, IMHO.

And, btw, glad you've recovered, Patty. Must've been a miserable month for you.

Hey there, Patty. Now you're blogging about my cup of tea (or snot). I write, what I call, biological thrillers. I've always been fascinated with science and microscopic killers.

I went through about a 1,000 hours of medical research for my first novel and had it read by a doctor and several nurses for correctness.

All that has made me more aware of germs, viruses and bacteria. I travel to China quite a bit and several members of the China team have been stricken by parasites, toxins, bacteria or some other unidentifiable affliction that knocked them out of action for a month or more with lingering and recurring side effects.

I'm more careful these days. Although, in the US of A, I drop my guard. A Lot.

I don't think you can transmit those things via hugs. Just don't get too intimate with your fans.

First of all, I just realized the unfortunate choice of words in my bio: "nose for trouble." Sheesh!

Tory, I once locked myself out of my car on a hot summer day at one of those self-service car washes. I had to have my dad drink over with an extra key. The people behind me were so angry I was lucky it didn't turn into a homicide investigation.

Thanks for the welcome, Joyce. Your advice is sound. Off to wash hands. (Just joking).

So, Mike, do you ever get sick?

Wilfred, after all that germ research, I'm surprised you're brave enough to go out of the house!

Patty, when my firstborn was a newborn (he'll be 11 years old next week), I faithfully dabbed his umbilical cord stump with a cottonball soaked in rubbing alcohol every day, just as the hospital nurses had instructed. The darn thing stayed on forever (well, not literally, because he doesn't still have it, but definitely a lot longer than all the baby books said). So finally I asked the pediatrician if it was ever going to fall off, and she told me to quit with the rubbing alcohol. She said that in Africa or the Middle East somewhere, mothers rub camel dung on their babies' umbilical cord stumps to make them decompose and fall off faster, and that while she isn't advocating that approach, she thinks there must be some happy medium between that and using rubbing alcohol every day that kills ALL the germs and mummifies the thing so it can hang on until the kid goes to kindergarten. In a tangential instance, about 5 years or so ago, I heard somewhere that children in the US were actually developing rickets because their parents were so fanatical about never letting them out of the house without slathering them in so much high-SPF sunscreen that their skin wasn't getting enough sunlight to make Vitamin D. So I try to take the "all things in moderation" approach to germs, sunshine, and most everything else with my kids.

By the way, love the photos!

Lisa, what a funny story. Interesting that you should mention the vitamin D thing, because I was just diagnosed with D deficiency. I'm a slatherer of sunscreen on advice of my doctor. I guess D shortages can be detrimental to your health. Who knew?

I have had a cough, cold lately too. There's sort of a lot of pressure in the office not to come in when you're sick, and when I cough into my shoulder in my cube people are like man I hope I don't get sick. You should just go home. And then everyone that schedules meetings never adds dial in information, none of the phones in the rooms have known phone numbers, there are no projectors or computers in 80% of conference rooms yet they all have whiteboard, yet we have a corporate policy about staying home when ill. Blah. Either get with the times and make all meetings accessible remotely or just everyone loosen up a little with your germaphobeness. Washing hands in restrooms, using tissues, etc. we all should do. I don't think quarantining yourself should be standard office etiquette. Literally, what doesn't kill you (immune system-wise) makes you stronger. So if I see you still kicking next week, you're welcome.