(Excerpt from Blood Law HERE, and it's really good!)

First, I’d like to thank the regular Working Stiffs for inviting me to guest blog today, and I’d especially like to thank Jennie Bentley for reminding me about it. There are days when my mother’s words are far too accurate, “I swear you’d forget your head if it weren’t screwed on.” 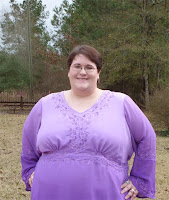 Okay, so I may be forgetful at times but there are some events I can’t forget: the day I met my husband, the day I signed my contract with Bantam Dell, the day I graduated high school…the list goes on. There are also plenty of memorable people: my mom, my dad, my first grade teacher, and Jane Doe.

I never met Jane Doe, at least not the Jane Doe who inspired a portion of the mystery in my debut novel, Blood Law. In the book, my protagonist, Alexandra Sabian, is a vampire and Enforcer with the Federal Bureau of Preternatural Investigation who is assigned to police the vampire population in small town Jefferson, Mississippi. Everything is going great until someone starts killing the vampires and leaving their headless and staked bodies around town. Naturally, mayhem ensues throughout town. Jane wasn’t a vampire nor was she staked or decapitated. However, she was murdered and her nude body dumped near a wooded area at an interstate rest area a few miles north of my hometown in Mississippi.

If my memory serves me correctly, Jane was discovered by a motorist who was walking his dog at a rest stop along Interstate 55 in Copiah County, Mississippi. This was in the late 1980s or very early 1990s, but I can’t remember the exact year or the full details of how Jane was found or even killed, although I believe she was strangled. 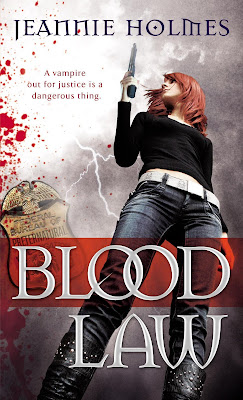 For weeks, the entire state talked of nothing but Jane. Sketches of her appeared on the news, ran in all the papers, and southwestern Mississippi became a hotbed for reporters and amateur sleuths trying to discover Jane’s true identity. But as the weeks turned into months and eventually years, no new leads developed and Jane became a cold case. The reporters moved on to bigger, hotter stories. The amateur sleuths returned to their day jobs. Jane, however, remained Jane Doe, buried in a cemetery with a simple headstone bearing her new name and the date she was found.
As far as I know, Jane has never been identified, her killer has never been captured, and my efforts to find out more about the case haven’t been easy. It’s almost as if all the media attention she was given years ago has vanished. Jane has truly been forgotten.
I think that’s why I remember her so well and why I used her story to inspire portions of Blood Law. The tragedy of her murder shouldn’t go unanswered. Her family, whomever and wherever they may be, shouldn’t have to wonder what happened to Jane.

I hold no delusions that my posting here, which is the first time I’ve spoken of Jane in a public forum, will somehow jumpstart a cold case investigation. My hope is that by sharing Jane’s story, others will remember her as well because no one should be completely forgotten.


###
Jeannie Holmes is a Mississippi native who now lives in Mobile, Alabama with her husband, four neurotic cats, and an arthritic shaggy dog. Blood Law is her first novel.
Posted by Working Stiffs at 2:49 AM

Welcome, Jeannie! Although we've only recently become acquainted on Twitter, I almost feel like I know you. I love your Tweets. They're so funny!

Blood Law sounds really interesting. I'm don't usually read anything with vampires, but I love the idea of a vampire police procedural. I definitely have to get a copy of this.

Jeannie, I just read your excerpt. Thanks a lot. I think I'm hooked. I have to find out what happens next!

Joyce, I don't usually read vampire stuff either, but I agree: the excerpt of Blood Law is REALLY good, and I think I'm gonna have to make an exception. (I do occasionally. I adore Nancy Haddock's vampire, Cesca, and Molly Harper's, Jane.)

Welcome to Working Stiffs, Jeannie! My vampire reading is pretty limited, too, but this does sound intriguing. Looking forward to reading it.

OKAY, Jeannie, here's your vampire loving Stiff. Book sounds fab, put it on my To Read list instantly.
Hope all your promotion is going well. The concept of legal vampires has facinated me since LKH's books, so will look forward to it.
Patg

I'm a vamp-loving Stiff, too. I'm just not as die-hard Stiff as the others. (shame on me, I know!)

I'm dropping in to thank Joyce for the e-mail. I've got this posted at Win a Book for you.

I forgot to mention that Jeannie is also over on the Southern Authors blog today. You can read her other post at www.southernauthors.blogspot.com and if you're interested, I'm on Jeannie's grog today, and all week: 7criminalminds.blogspot.com

Hi Joyce and thanks for the warm welcome!

Yes, my Twitter feed does get a little silly at times but considering the dark places I go in my head when I'm writing, silliness is a great stress reliever. :)

I'm glad Blood Law has piqued your interest and I hope you enjoy it!

Thanks again for inviting me to hang out with the Stiffs today. I'm glad you like the excerpt -- only one week until you can read the rest of it. ;)

Thanks so much for the comment and I hope you enjoy the book. :)

Thanks so much! I love LKH's early Anita books. Police procedurals have always fascinated me, as have vampires, so it was a lot of fun combining the two. I was able to go on a "ride along" with a patrol officer as part of my research. Fun!!

Thanks for dropping in to say "Hi," and I hope you enjoy Blood Law! :)

Jeannie,
Just got back from B&N. Needed a wedding card and decided to look for your book. Are you ready for this---I blanked on your name. Well, a reaaaaaaaaaallllllllllly nice clerk was willing to pull up Working Stiffs on his computer, but it was down, so he used his cell phone!!!! Your book hadn't been shelved yet, so he went to the back room to get it. I found the clearance table while I waited and wound up with a 'few' things. You book looks very nice--he said it was going up on a 'just in' rounder on Friday!!!
Patg

Patg -- LOL! That's such an awesome story! Thank you for sharing it. I knew B&N would be stocking Blood Law in the towers, but I didn't know they would be putting it out on Friday. Wow. I'm going to have to start biting my nails more now. :)

Jeannie, looks like your book is going to be a big hit!

Sounds like an interesting book - and totally unique. Good luck with it.

This is sounds GREAT ! I love vamps story. and the excerpts hooked me !