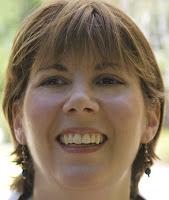 
Thanks to Joyce and everyone here at Working Stiffs for inviting me back! You guys  know how much I love it here!
(so much so that I'll be coming back to Pittsburgh in May for the PennWriters conference and giving my Master Class on Character Driven Plotting, so be sure to sign up, spots are going fast!)

Joyce asked me to talk about my new project with Erin Brockovich. Of course, I couldn't refuse since our first book together, ROCK BOTTOM, comes out March 1st.
ROCK BOTTOM is set in Scotia, West Virginia, a fictional town near the New River Gorge based on a town I spent a lot of time in when I was young.
I remember those days spent in my "Scotia" as fondly as I do my days spent in Pittsburgh or growing up in central PA. Warm sunshine, the cool shade of trees, pine needles underfoot, wide, wild mountain vistas that made you suck in your breath and realize that Someone Up There was a heck of a lot smarter and more creative than any mere mortal could ever be.
Then, one day when I was flying to Toronto to teach a Master Class, I flew over those same mountains…..only they had vanished. Replaced by dark ugly raw scars where trees were wrenched from the earth and the tops of mountains literally bulldozed onto what had been verdant valleys and riverbeds.
The sight was so disturbing that I wept. Yes, tough as nails ER doctor me, weeping as I stared out the plane's window.
I felt sick. As if we'd been catapulted through some space-time warp into another universe where nothing made sense. Because who in their right mind would do something like this? It was psychotic, disturbing on a deep, primal level.
A few weeks later, Erin's publisher called to invite me to join with her in creating a new suspense series focused on environmental themes. Erin liked the strong women characters I'd populated my Angels of Mercy medical suspense series with--especially how those women weren't superheroes but rather human and flawed even as they found the courage to change the world.
After a loud fan-girl squee of delight that you guys probably heard up here, I said yes. When Erin and I brainstormed story ideas I told her about that flight that had left me in tears.
And she said, "CJ, we need to tell that story."
That was the birth of ROCK BOTTOM.
The good news? The EPA just a few months ago placed a moratorium on all mountain top removal mining….not sure if Erin and I had anything to do with it, but we sure were happy about that!
So tell me, what was your favorite childhood "almost heaven" place to escape to? How has it fared over the years?
Thanks for reading!
CJ
About CJ:
As a pediatric ER doctor, CJ Lyons has lived the life she writes about.  In addition to being an award-winning medical suspense author, CJ is a nationally known presenter and keynote speaker.
Her first novel, LIFELINES (Berkley, March 2008), received praise as a "breathtakingly fast-paced medical thriller" from Publishers Weekly, was reviewed favorably by the Baltimore Sun and Newsday, named a Top Pick by Romantic Times Book Review Magazine, and became a National Bestseller.
Her award-winning, critically acclaimed Angels of Mercy series (LIFELINES, WARNING SIGNS, URGENT CARE and CRITICAL CONDITION) is available now.  Her newest project is as co-author of a new suspense series with Erin Brockovich.  You can learn more at http://www.cjlyons.net and for free reads, "Like" her at http://www.facebook.com/CJLyonsBestsellingThrillerAuthor
Posted by Working Stiffs at 12:01 AM

I don't have a childhood favorite place. We never had the money to go anywhere. I spent my summers reading on the front porch or playing in the backyard. Funny--that's pretty much how I spend my summers now!

CJ, I certainly identify with this post. I spent childhood summers on the beach at Grand Isle, Louisiana. Back then, it was known as a good beach for families and as the setting for Kate Chopin's novel, The Awakening.

Now, it is known as where President Obama visited to view the destruction from the BP oil spill. I share your sick feeling.

I'll also be at Pennwriters. We must meet!

Hey, Joyce! I so totally get that--no matter where I was for the summer, a book was my constant companion....still is!

Thanks for inviting me back!

Ramona, wow, I can only imagine the feelings you must have had watching that.

My friend, Mary Alice Munroe's last book was about shrimpers and she talked to so many families whose futures were impacted by the spill--it was so much more than an environmental disaster for them.

Definitely give me a shout out at PennWriters!

I don't really have a childhood favorite place, either. Like Joyce, my family didn't do vacations, except for the one time we went to Washington DC for two days and saw Mt. Vernon. Now I like to travel and have far too many favorite places to list.

Gina, we were like that, too. If it wasn't for the free (or almost free) state parks we camped in, we never would've left home!

But as a kid, when you have woods and boulders and an abandoned barn in your backyard, who needs more?

Still remember the fantastic stories we made up where our backyard became everything from a pirate ship to King Author's court!

That part of WVA wasn't my favorite place as a child, but it is one of them now. My mother's family lives in and around Hinton/Pipestem/Bluestone. I've spent a lot of time down there over the past 20 years. Beautiful country then, it can be again, if we are good stewards.

Michele,
I totally agree--love that word "steward" because it's not about how we can use the land today but how we can create a legacy for our children.

Right, C.J., the back yard. I remember finding and digging up pieces of a broken china cup - one of those old blue patterned ones - and thinking I was an archeologist!

My favorite missing place : the corn fields between my elementary school and the tiny neighborhood of 100 houses. Fast forward twenty years, make that county one of the fastest growing in the US, and every corn field became a mini-strip-mall.

And nobody walks to school anymore.

CL, sounds like Joni Mitchell got it right way back when...paved paradise and put up a parking lot...so sad.

Hey, C.J.! I was so busy shoveling snow yesterday that I missed your post!

My dad's side of the family are all from West Virginia. It's one of my favorite places to set stories. So I can't wait to read your new book!

I'm another one who didn't travel much. But I love the farm country where I grew up and still live. I've been watching the farms die off and the loggers and gas drillers move in. I understand there are plans to put in two gas wells on the neighbor's farm. While we've leased our property and will likely see some royalties from those wells, I cringe at what it will do to the countryside I love.

And speaking of Joni Mitchell, John Denver sang about this subject quite a bit, too. Heartbreaking.

Annette, hugs on the snow! Spring has to be coming soon!

Now I'm going to have John Denver in my head all day, lol!

That's not a bad bunch of songs to have in your head, C.J. :-) I had the honor of meeting him once when he was in town for a concert. Such a sweet man.