I had a nice, upbeat post all prepared for today. You would've loved reading all about the progress I've made in my garden. You would've been happy for me. It was that kind of post.

Then I went outside to take a couple more photos. . .

I no longer call the little bastards bunnies.

I'm not going to let them win. No, I'm not a killer (she wrote on a public forum), but I must stop them from destroying my plants. 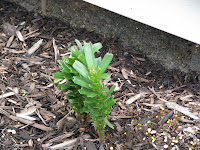 A half eaten lily


Y'know what? I'm not gonna give the little bastards the satisfaction. Bitching about them gives them power. I'm gonna show you what progress I have made despite their evil ways. I'm at about the midway point. 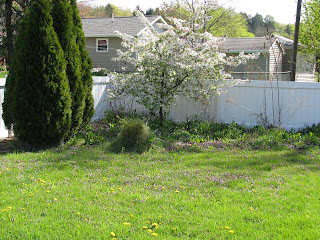 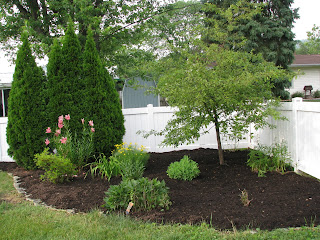 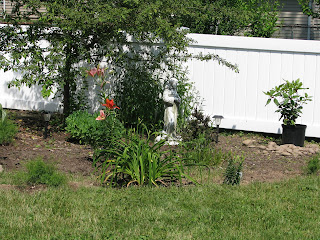 June 2011 minus the mulch
Putting this photo up here before it's finished is kinda like querying an agent before the book's done. 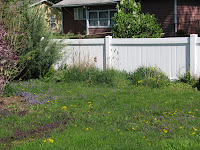 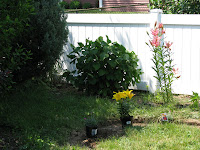 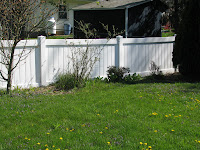 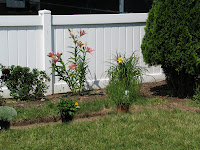 I have the same problem with rabbits. And deer. And moles. And squirrels... I could go on. You can get animal repellent at most stores that contains castor oil. They don't like that. You have to keep reapplying it every so often, though.

I don't mind the deer, even though they like to eat my grapevines. They're so pretty!

I've been using Squirrel Away in my bird feeders, but apparently my squirrels actually like hot pepper.

I recommend rabbit stew. Put a big steaming bowl of rabbit stew out there. Think the little bastards won't know what it is, sure they will.

Top it off with a Red Rider BB spray.

Bunnies are evil. One year they ate all of my beautiful crocuses, hundreds of them that had bloomed for one day.

Bunnies don't eat things that are fragrant, BTW. I have gone out and sprayed perfume around my flowers, which is just weird, right?

Bunnies are good in a fricasse, or in Watership Down.

I have racoons knocking favorite pots off my deck. River too deep and swift to ask anyone to dive down and get them. Plus the up and down weather is killer. I posted pictures of my gorgeous azaleas on FB a few weeks ago, and one of them got something that is just scary.
Watership Down, Ramona??? They Won in that story!!
You might want to check our Blood Wedding, an episode of Midsomer Murders from Netflix. There's a scene in it where a sad servant is sitting petting a rabbit just before she breaks it's neck. A little indirect 'killer' satisfaction.
Patg

Pat, I meant that in a positive way. I love Watership Down. I had a big crush on Bigwig, if it is possible to be in love with a fictional rabbit.

Paula, you've definitely made progress. You're garden is beautiful!

We don't have much of a flower garden this year, but we get groundhogs and deer who eat our veggie garden. Or we used to. Now we have electric fence around it. Works like a charm. Although I do remember one determined old groundhog who would start running, get up a full head of steam and then just burst through the fence. He was either through before he got zapped, or he didn't care. I think that one ended up with lead poisoning...

Ramona,
I loved Watership Down too, but see what happens!
And Elmer is definitely right up there as a great character, but I'm still in love with Bugs.
And I don't care what you say about Peter, he's the best! BP had it right.
So, I'm guessing we're talking about the 'real' rabbits.
Patg

Glad to know I'm not alone, and thanks for the encouraging words!

After liberally spraying Liquid Fence all over everything, I saw only two rabbits today.

And nothing had been nibbled on. Yay! On this day: Rabbits 0 Paula 1