If you’re checking in for my weekly report on Citizens’ Police Academy, I must confess. I played hooky. Gina wrote about the Festival of Mystery on Monday. Well, that’s where I was instead of learning about drugs. Yes, Gina managed to attend the Festival AND still make it to CPA, but I volunteered as an author escort, so I was committed for the long haul.

My assigned author this year was Ellen Crosby who had the misfortune of having her luggage lost by the airlines. (Happy ending: it was ultimately found and returned to her before she left town for New York). 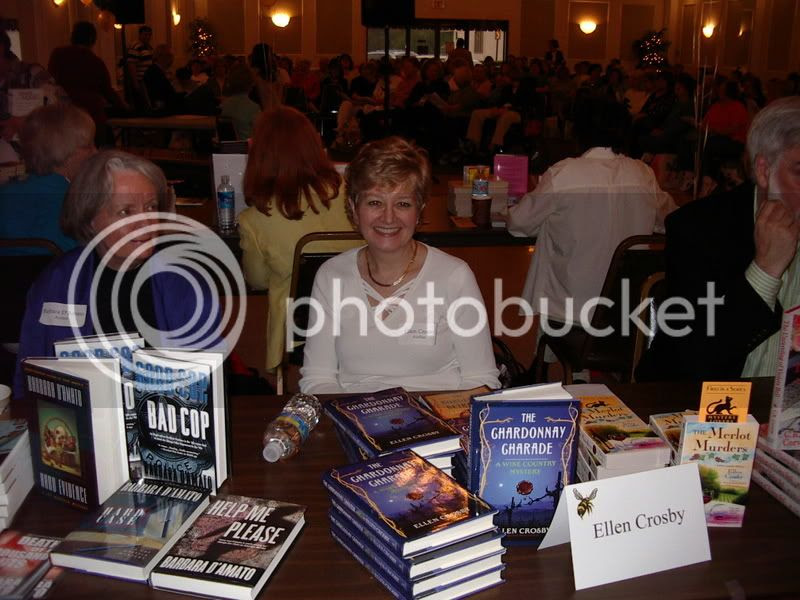 It was great getting to see some old friends and make new ones. Hallie Ephron is one of my favorites. And I’m glad I had a chance to talk to and get to know Kate Flora, too. 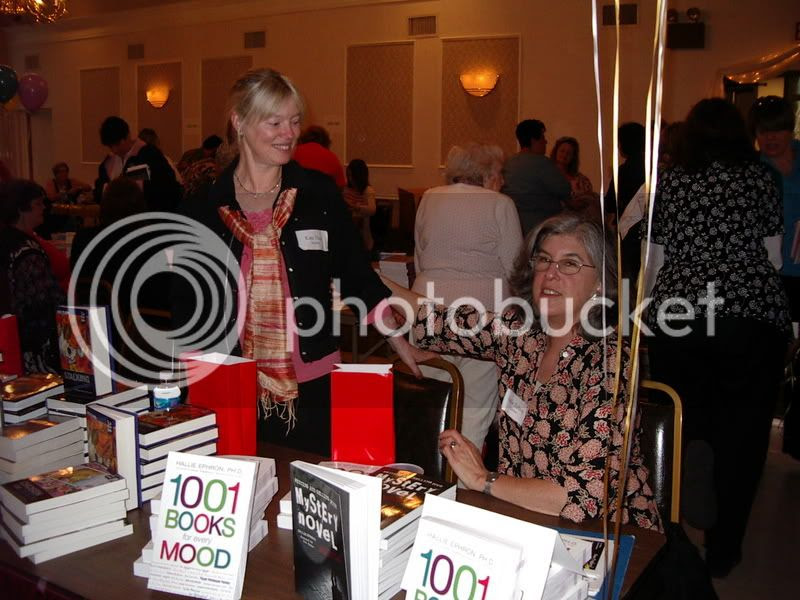 And then there were all the local gals. 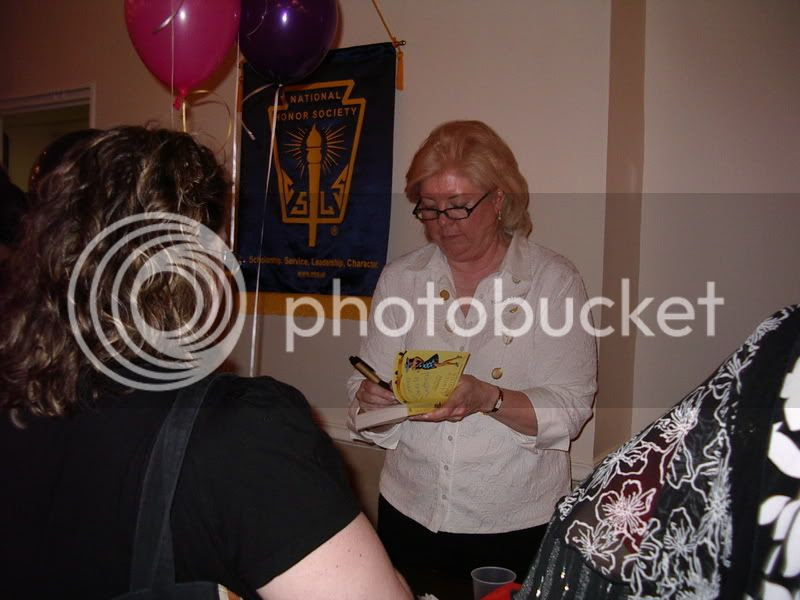 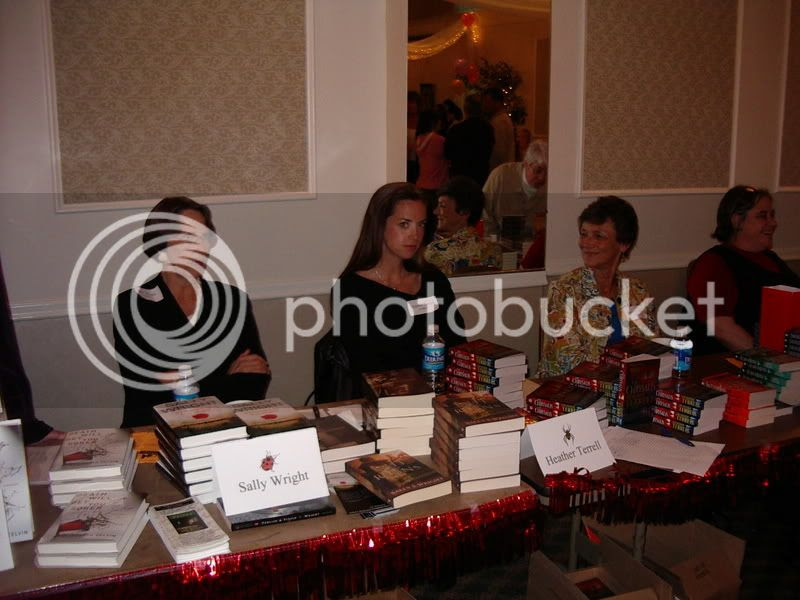 Mary Jo Rulnick was there with her Frantic Woman’s Guide. 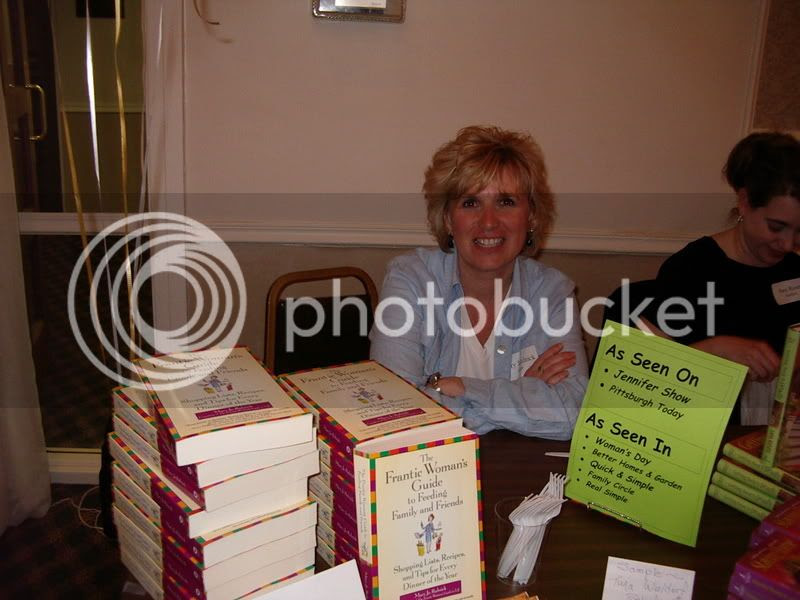 Kathryn Miller Haines charmed the crowd while being interviewed by Richard Goldman of Mystery Lovers Bookshop. 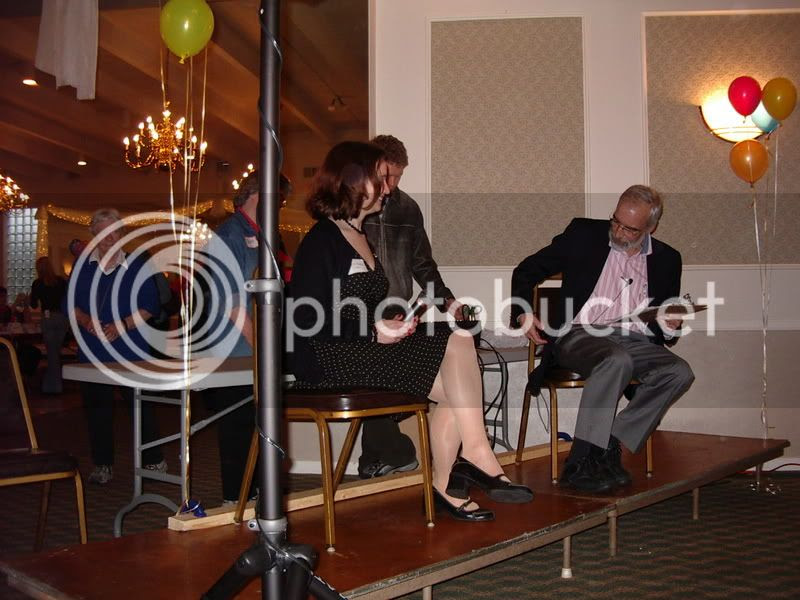 And the crowd was huge. It was nice to be around so many mystery fans. 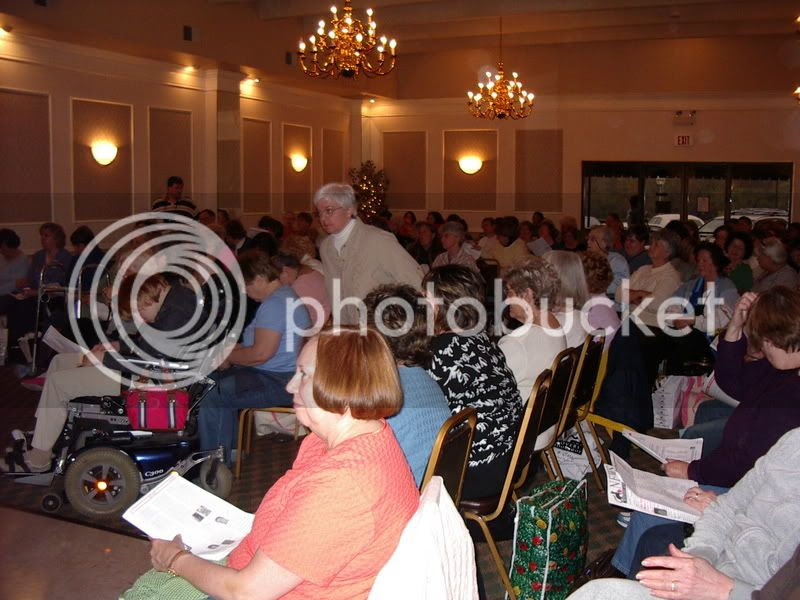 Even our own Martha Reed came for a little shopping. 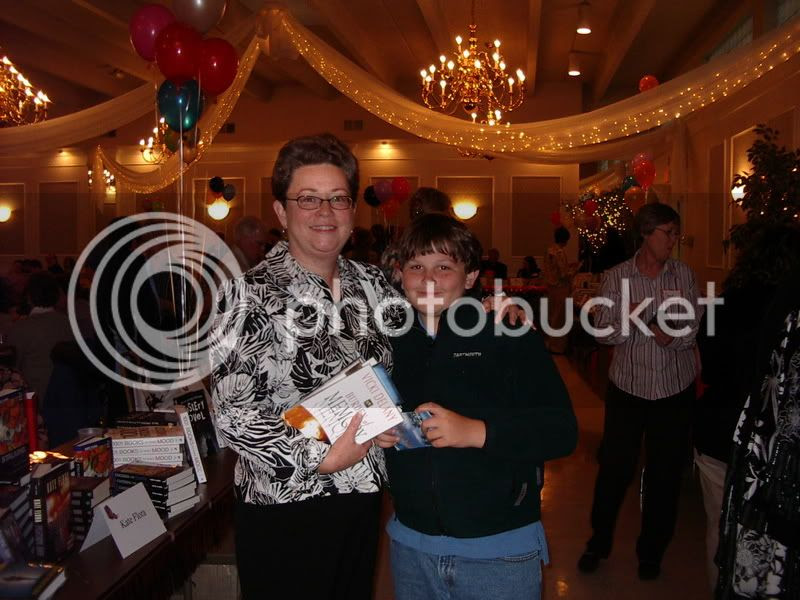 As for me, I came home with a bag full of books and am trying to figure out how to make room for them on my to-be-read shelves. I guess I just need to read FASTER to clear out space.

Next week: Back to Citizens’ Police Academy and the Pittsburgh Police Intelligence Unit/CAT Eyes.
Posted by Working Stiffs at 12:08 AM

Thanks for the photo tour, Annette! I'm sorry I missed the festival (had to work), but at least I got to see some of the highlights.

We missed you, Tory. You know what they say about all work and no play...

Annette, I'm honored to be included with such great company and 'the shopping' has to stop. My TBR pile is one tall stack and it's going to take me all summer to get through it - lucky me!

The Festival was terrific as usual, but the surprise was meeting Vicki Delany and finding out about her book Burden of Memory, set in the Muskoka region of Ontario, my favorite place on earth. That one has moved to the top of the pile.

Thanks for the report!

The photos are excellent. I really must try to make it up there next year...

Martha, I was charmed by your niece! What a cutie!

Great pictures, Annette. I had to look close to find a few guys there.

Jennie and Will, your books will be out by then so there's no excuse for "yinz" to miss the festival. I heard the bookstore sold a record number of books this year!

Will, there were definitely guys there, too. Blame it on the photographer (me) for not showing a good representation of who all was there.

To name a few: Charles Benoit, Con Lehane, CR Corwin, John Lamb (I can't believe I didn't get a picture of HIM!), Jason Pinter, and Mark Zubro (who managed to sweet talk me into buying several of his books)

Annette, looks like this tour was well worth posting. Perhaps you'll do an overview of the books you bought? I would love to add some great mysteries to my shelf.

The Festival was fantastic - and we did set some new records - we sold, essentially, a whole SUV full of books!

What Annette did NOT tell you was that she went way beyond the call of duty to help Ellen (who is a sweetheart). How many trips to the airport, Annette? All in an effort to locate and grab Ellen's luggage - which I understand finally happened on Trip #3 at 11 pm? Brava!!

Let's see...I bought Kate Flora's FINDING AMY and CHOSEN FOR DEATH. I've been wanting to read FINDING AMY for a couple years, but just finally got around to buying it.

I also bought Ellen Crosby's THE MERLOT MURDERS and Pari Noskin Taichert's THE BELEN HITCH, another one that's been on my "to buy" list for ages.

Elizabeth Zelvin was a guest blogger not all that long ago, so I picked up her DEATH WILL GET YOU SOBER (what a great cover).

I came away with HOOK, LINE & HOMOCIDE, SORRY NOW? and AN ECHO OF DEATH all by that sweet talker Mark Richard Zubro.

And I won BIG CITY, BAD BLOOD by Sean Chercover in the raffle.

Oh my gosh! What fantastic titles! And it doesn't surprise me in the least that you were so giving of your time. I'll have to check them out. Thanks for talking about the ones you bought.

Kathy, this is one of those stories that keeps growing and growing way beyond reality. While Ellen probably placed two dozen phone calls during our drive to and from the Festival and everywhere in between, there were in reality only TWO trips to the airport and the luggage showed up during the second one around 8:45PM.

So it really wasn't that bad. For me. For Ellen it was horribly stressful since she kept thinking of more items that were in that bag and fearing she'd never see any of it again.

Thanks for posting the photos, Annette. I'll look forward to seeing you next week at the CPA.

I'm glad I was able to get to both the class and the Festival, although I rushed through the Festival so quickly that I'm not even sure how many or which books I bought - a bag full. I'm at work now and the books are stacked in my living room, waiting to be read or put somewhere or knocked over by the cats. I feel as if I short-changed some of our local favorites because I only stopped by to say hello without buying their books -- I already own autographed copies of all of Nancy Martin's Blackbird Mysteries and everything by Kathy Miller Haines, Kathleen George. From prior years, I've also got major collections of works by many of the other participants. So many books . . .

It was another great Festival. Alan and I volunteered and got to blow up balloons! Great fun. As always, we enjoyed seeing the other Sisters and the authors, not to mention Mary Alice, Richard, and the MLB employees.

Like Tory said, terrific photo tour. Looks like you all did great work, as usual. I'm sorry to have missed it, but happy it was such a success.

Love this photo tour, Annette-- And a pleasure seeing you there! This is always a great festival.