Fiction vs Facts vs Do Whatever You Want

A recent discussion about research with a bunch of writers from all genres led to an out and out argument over having correct facts in your work vs. making them up.


No, no one was hurt, it may have been an argument but there were a lot of belly laughs too. Needless to say, the science fiction and historical writers lined up on one side while fantasy and romance were on the other. I’m glad to say the mystery writers stood in the middle and jumped back and forth as we saw fit—thus all the laughing.


We had a good time at the expense of the SF writers as they wanted good sound facts and science in their work. I brought up a quote by Harlan Ellison (that led to a ‘I never heard of that” or “no it was Steve Barnes or it might have been David Brin”—whatever, it was some famous SF writer) “I going to tell you something that is impossible or unproven or not real, and I expect you to believe it while I weave this very interesting story.” And so, they gave us space travel long before Sputnik went up, and (my favorite) wormholes to get to other galaxies long before they were discovered to only be blood vessel size. The fantasy writers had a great chuckle out of that one, which gained the response that it was only a matter of time before WE (get that egomania at work) figured out how to enlarge them for space craft. And besides, they argued, that is science at work, not invention from nothing of something unheard of. Instead of sneering at the fantasy writers they rolled their eyes at the romance writers, who fought back with the reality of human interaction and more importantly LOVE.


We mystery writers (well me) brought up the use of minimal facts, nothing long winded, to suit a story and it was the historical writers who had a fit over that one. We all agreed that it was unfair to make up things and call them facts in history or science, but if history and science are not the main ingredient of the story, say it is a romance or a mystery, then a light dusting of true facts should only be needed. Grumbling from SF and History writers, but okay, after all you are ‘only’ mystery and romance writers. (If only an evil eye could sting like a wasp.) But we got even by pointing out that historicals and science stories were far more interesting and not so dry when a bit of of mystery and/or human romantic relationships were added.


So, as usual, nothing was accomplished except for all having a very good time. We did settle on agreeing that if you were going to write cross genre stories, you have to lead with your main genre when describing the story. A romantic/mystery is going to be about the romance or developing romance of two people and some kind of mystery revolves around this love affair. However, if you are writing a murder mystery that takes place on the moon and two people seem to be interested romantically in each other then (according to the SF and mystery writers) it has to be a SF/mystery. The romance writes demanded an explanation. And the following is a convoluted mash of what SF and mystery came up with. In the romance/mystery the reader wants to know about the developing love story and couldn’t care less about solving the mystery, doesn’t look for clues, just assumes the answer comes at the end as the marriage will. In the mystery on the moon, SF lovers will probably choose to read it because astronomy and space travel are involved, they’ll watch for accurate facts, they’ll enjoy the mystery, look for clues and won’t care a hoot about the romance between the couple as long as the two protagonists get laid.


What can I tell you, that was what we came up with. Again, another night of agreeing not to agree while having another glass of wine. Nobody said we were geniuses, just writers. Do you worry over getting the facts, science, or history into your stories? WHY?? 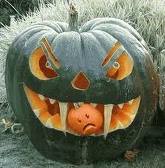 Oh and have a Happy, Spooky, Overeating, Good Halloween.
Posted by Working Stiffs at 6:00 AM

Email ThisBlogThis!Share to TwitterShare to FacebookShare to Pinterest
Labels: Downsized To Death, Facts vs Fiction, Fiction vs Fact, Patricia Gulley

After working for a police department for ten years, it drives me nuts when writers get their police procedures/facts wrong. It's not that hard to check out! Cops love to talk. Ask them a question and they'll probably tell you more than you want to know.

I ran into a detective I used to work with in the grocery store yesterday. He greeted me with, "Guess where I just came from?" And I got the whole story without even asking.

I'm with Joyce on this - maybe because I worked for police departments and courts for so many years, too - but it's so annoying when the simplest details are ignored. No, a suspect can't open the back door of a police car and escape. There are no handles inside. And no, your home was not "robbed" while you were on vacation. If no one was home, it was burgled.

As a reader, if I catch an error, I'm pulled out of the story. I also find I no longer trust the author.
To answer your why question, Pat, I try my darndest to get the facts straight, because I don't want readers thinking I'm not trustworthy.

I agree, when you know and work with something all the time and see someone really flubbing it, it makes you distrust the author.
Needless to say, I never read those books where someone is traveling with groups.
And, Ramona, you are right about the trust issue. You really start worrying and pretty soon, you put the book down.
Patg

Don't get me started!

Yes, I do my best to get my facts straight. Historical facts, forensic facts, scientific facts. Human facts, not so much. The truth is that the chief of police in a small town isn't likely to let the local home renovator interview witnesses, no matter how much he likes her personally. However, if she doesn't get to talk to people, I have nothing to write. So I make my factual facts as factual as I can get them, and if I can't, I write around them - there's a reason why I write amateur sleuths: they know no more than I do - but I'll manipulate character behavior to accomplish what I want. It's fiction. And there's no actual, physical, factual reason why my chief of police *can't* choose to let my home renovator talk to people. So there.

I do want the facts straight in history or technology, whether I'm reading or writing, but I also can set aside reality when an author is clearly creating a fictional world. I guess you can tell I write mystery and suspense, since I can jump back and forth on the question. :)

I agree with Ramona - if the writer gets a fact wrong, it throws me right out of the story and makes me grumble. This is particularly true with legal facts - not the complex, "only the experts know" kind, but the basic everyday facts, like the difference between civil and criminal cases, or that we don't have a formal division between barristers and solicitors in the US, or not knowing that a judge can't legally meet with a litigant privately to discuss the case . . .

The way I look at it is this: The amateurs can do whatever they can get away with, because they are amateurs. The professionals, however, have to be as professional as possible to be believable. The fun part for the writer is to have the amateur commit an end run around the professional without making both of them look stupid.

However, in my mind, there are things that cross the line, and that's when you have otherwise competent police acting like morons or committing felonies to advance the plot. Make it believable or give me a good reason to suspend my disbelief, and I'll buy anything--except plot convenience.

I try to get my facts as straight as I can. I'm writing about horse racing, so my readers are going to be horse racing fans and will know if I screw something up.

PLOT CONVENIENCE!!! That has to be one of my main complaints. Lately, TV seems to be running rampant with that one.
Patg

I'll be a contrarian here. The funny thing about writers making stuff up is that readers don't know (pretty much by definition) when they *have* been successfully fooled. If I seem to write knowledgeably about cars, and I use a tampered-with Honda Kroner Valve as a clue in a mystery, and you know zilch about cars, then you'll stick with me - even though there is no such thing as a Kroner Valve.

Flip it around: I know nothing about cop shops. If Joyce seems authoritative, she can make up whatever damn police procedure she wants. If she does so skillfully (and I know she will!), she's got me tricked. Nobody sells this kind of stuff better than Lee Child. He writes convincingly about all sorts of geographical areas, paramilitary scenarios, etc. ... but buttonhole him and he'll happily concede he just makes this stuff up! (Child has a great anecdote about watching "My Cousin Vinny" to do "research" on the Deep South.)

Now, I'm not speaking *against* accuracy. Naturally, it's vital to have basic facts straight. But ask yourself this: For every error you've caught due to your special field of expertise, how many have you *not* caught?

Also, be sure to have your Kroner Valve looked at.

Steve, if I'd seen that Kroner Value plunked on to a Honda, my first thought would be 'what's a Scandanavian currency doing on a Japanese car?'
I'd investigate, and when I found there was no such model, I'd keep reading if the story was interesting, but I'd expect an explanation by book end.
Patg

Good point, Steve. I never thought of it like that before.

Going off to make up more stuff...