Today, the Working Stiffs are delighted to welcome Edith Maxwell and Liz Mugavero.

Liz and Edith share the distinction of sharing many distinctions--both mystery authors, both members of Sisters in Crime's New England chapter, both Guppies, both cat lovers. Both have writing day jobs, both are as-yet-unpublished in the novel arena AND they met at the Seascape Writers Retreat, so both have the benefit of wonderful teachers (Hallie Ephron, Roberta Isleib and Susan Hubbard). Even better, last year Edith and Liz signed with the same agent, John Talbot, who sold their manuscripts to the same publisher, Kensington, who will publish both of their books in 2013.

Edith and Liz have agreed to answer a couple of questions for our  readers.

Question 1 – What can you tell us about your journey to publication? 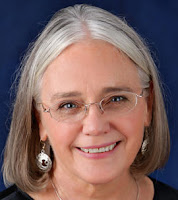 EDITH SAYS:  Since childhood, I’ve written fiction, journalistic news and features, academic articles, essays, memoir, and software documentation. Fiction is my passion, though. I’ve written two dozen short stories, with four published and one more accepted. My first finished mystery, Speaking of Murder, is out as a full with several independent presses now, and is a finalist in the Linda Howard Award for Excellence Suspense category.  Speaking of Murder’s sequel is almost done, too.

I credit Sisters in Crime with helping me get to actual publication, including the contract for the Local Foods Mystery series. The President of the New England chapter, Sheila Connolly, connected the membership with agent John Talbot. After I worked with him on the cozy proposal, he sold the series to Kensington Publishing within a week. More basically, I have learned almost all I know about the publishing field from SINC and the Guppies chapter.
LIZ SAYS: I’ve been a writer since I could hold a pen. Poems, stories--I even wrote a proposal for a soap opera at one point (sadly, it never made it to the small screen). I majored in English and communications in college and went on to grad school to study writing and publishing. There, I finished my first full-length novel as my thesis, though it will never see the light of day.

I went on to work as a journalist at various papers around New England and wrote the first book in my first series, which is still looking for a home. I moved on to marketing and PR and started another series, which I just started shopping around. When Sisters in Crime NE president Sheila Connolly offered this wonderful opportunity with agent John Talbot, I jumped at an alternate route to publication and the chance to work on something fun, since I tend to write dark. I talked with John and we settled on the idea for the gourmet pet food mysteries, I wrote the proposal, made a few edits, and he sold it to Kensington shortly after. The whole experience was awesome and reinforced the benefits of organizations like Sisters in Crime and Guppies.
Question 2 -  Why were you the perfect person to write your story?

EDITH SAYS: I pitched an organic farm-based idea to John Talbot in my query letter and he called me the next day, saying an editor friend of his had suggested a locavore series. Since I farmed and co-owned an organic farm a couple of decades ago for some years, and currently eat locally with fervor, I told him I was his writer! It was about the most perfect fit I could imagine.

At the end of my farming days before I become a technical writer, I had written about two-thirds of a mystery novel set on an organic farm. I use much of the world I set up in that book, including Cameron Flaherty, the protagonist, in the current series. I’ve added a Locavore Club and a CSA but it has given me a head start on the first book in the series, A Tine to Live, a Tine to Die.

LIZ SAYS: I love animals and have been involved in rescue for a number of years. Along the way I’ve learned a lot about nutrition and how the foods our pets eat affect their health, and I’m thrilled to be able to use that knowledge in this series and increase awareness out in the world through the Pawsitively Organic Pet Food Mysteries.
I’m also excited to showcase some of my real-life friends in the books--under aliases, of course. Kneading to Die features Nutty the Maine coon cat, based on the real-life Tuffy cat, and a mini Schnauzer-poodle mix named Scruffy who bears a striking resemblance to Shaggy the rescue Schnoodle. Trying not to let stardom go to their heads is another story.
Question 3 -  For Edith, why should we read Liz’s book?

Liz is a fabulous writer. I first met her at the Seascape writers’ retreat/workshop several years ago. I was impressed and entranced by the scenes she read there. I predict this new series is going to be a big hit. She let me read the first chapter from her proposal, and I wanted to read the rest of the book right then and there. She knows the world of pets, rescue animals, and small-town Connecticut life, but more importantly, she knows how to write about it with humor and suspense all at once.

Question 3 -  For Liz, why should we read Edith’s book?
Anyone with an interest in local farming, food co-ops, organic nutrition and overall good food will love Edith’s book. Not to mention, Edith is a natural storyteller and creates characters who grab your interest from page one. She let me read the first two chapters and I’m already engrossed in the story and Cam’s life. Plus, the topic of organic farming and local food is so important and Edith knows it well and is passionate about it. That’s key to a good story.
Edith Maxwell currently resides in Ipswich, Massachusetts, but she’s originally a 4th-generation Californian. She has two grown sons, and lives in an antique house with her beau, their four cats, and several fine specimens of garden statuary. Look for her as Edith M. Maxwell on Facebook, and @edithmaxwell on Twitter. She blogs weekly at www.edithmaxwell.com.

Liz Mugavero currently resides in Connecticut, but is Massachusetts born and bred. You can find her on Facebook as http://facebook.com/liz.mugavero  and @lizmugavero on Twitter.
Posted by Working Stiffs at 3:15 AM

Welcome to Working Stiffs, Liz and Edith! I look forward to both of your books!

Hi Edith and Liz, and welcome to the Working Stiffs!

I met both Edith and Liz at Seascape and again at Crime Bake--the mystery writing world is really a small one, isn't it? I'm happy to help spread their good news. More than that, I'm looking forward to reading both of their books in 2013.

Thanks for answering our questions and best of luck with your future adventures!

Welcome to the Stiffs. Both books sound fantastic! I love reading about writers' journeys to publication.

Thanks, Joyce! And to Ramona for inviting us over.

I love this story. And especially the part where Edith and Liz support each other even now. A high tide floats all boats! Thanks for sharing. I will look for your books, ladies.

I look forward to reading your books! Welcome to Working Stiffs. Be sure to keep us posted on your continued writing adventures. I love to cheer!

p.s. My favorite local organic farm in Austin is SKINNY LANE FARMS. Find them on facebook. Great recipes, photos, and the owners are NEW to farming.

Thanks, Nancy and Pat! We're sure hoping for some floating boats.

I'm so proud of and thrilled for both of you! I'd do cartwheels if I could!

I highly recommend this retreat. Edith, Liz, and I met at the very first one. I'm glad to see it continue.

Thanks Annette, Joyce, Nancy, Pat, C.L. and Paula for all the support and the warm welcome! And many thanks to Ramona for inviting us.
I would also echo the positive feedback on Seascape - so much great learning and so many great friends made there. Please go if you have the chance!

Thanks for sharing, Liz and Edith! As someone working on her first novel, I'm always interested in hearing others' tales.

Edith, I am also a technical writer by day, so it's nice to see someone else in that field can successfully write fiction!

We are so so excited about Liz and Edith's upcoming books! Sisters in Crime has made a huge difference to my writing life too--"all boats lifted" could be our new slogan

I'm looking forward to these books!

I could tell by talking to Edith and Liz at a recent SinCNE workshop that they are passionate about their subjects. I’m looking forward to reading their books.

Liz and Edith - I am so tickled delighted and thrilled about your successes! I've already seen previews of your writing, so I know what a treat everyone is in for.

(Liz, you should at some point connect with the amazing writer Susannah Charleson. She lives in Dallas, is the human half of a search and rescue team, and writes narrative nonfiction (Scent of the Missing) and is an all around great pal.)