Thanks to Working Stiffs for asking me drop in! 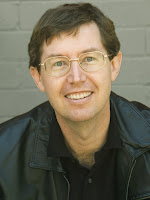 I write murder mysteries set in classical Athens.  That's 2,500 years ago!  So given the rather intriguing name of our gracious host, I thought I'd write about the real working stiffs of the ancient world.

If you went back to Athens in 460BC, which is when western civilization began—and when my stories begin—you'd find three classes of people: citizens, metics, and slaves.

Reputable citizens were either landholders (definitely the preferred option); or craftsmen or artisans (definitely the most common occupation); or they might be a mercenary soldier (killing people for money was only slightly frowned upon).

Metics were resident aliens with permission to live and work in Athens.  Think of them like green card holders in the US, and you won't be far wrong.

The metics had no say in how the city was run, but nor did they care as long as they were making money.  And they made a lot of money.  In those days Athens was the economic powerhouse of the world.  (Things may have changed slightly since…)

So metics ran businesses.  But it was considered shameful for a citizen to indulge in trade.  Which didn't stop it from happening; they just didn't talk about it at parties.

Citizen  A (as he sips fine wine imported from Chios):  "So, what do you do for a living?"
Citizen B:  "I import fine wine from Chios in my shipping fleet."
Citizen A:  Gasp!  Drops wine cup.   Backs away from disreputable individual.

Money, you see, had nothing to do with how your reputation stood.

My hero, Nicolaos, is a citizen; but his girlfriend Diotima is a metic.  Which makes for a slight problem, because while marriage between citizens and metics isn't illegal, it isn't exactly encouraged either.  The Athenians discouraged cross-class marriage by declaring a law that to be a citizen, both your parents had to be citizens.

You might think the slaves were the worst off—and if they got assigned to the silver mines, then they certainly were—but in some ways, slaves were better off than poor citizens.  At least the slaves were guaranteed to get fed.

These days, most of us get up in the morning, go to work for some big company, and then come home at night.  The standard daily grind, right?  Something a lot of people don't realize is that, historically, this is really strange: for one citizen to work full time for another is a very recent system.

We often call ourselves wage slaves.  Well, in the ancient world, if you were working permanently for one employer, then you almost certainly were a slave.  For real.  They were the ancient world's working stiffs.

Permanent employment was the essential difference between a slave and a citizen.  The slave had it and the citizen didn't.  Your average middle class citizen was like what we'd call an independent contractor.  And if you suggested he take a permanent job, he would have punched you in the face, because that would be demeaning.

This leaves my investigator-hero Nicolaos with a problem.  How does he describe his own work?  There were no such things as policemen in the ancient world to compare himself with.  He's surviving from one job to the next, like an artisan, so in his world, that makes him…a craftsman of crime.
Nicolaos, the ambitious son of a minor sculptor, walks the mean streets of Classical Athens as an agent for the promising young politician Pericles. Murder and mayhem don't faze Nico; what's really on his mind is how to get closer (much closer) to Diotima, the intelligent and annoyingly virgin priestess of Artemis, and how to shake off his irritating 12 year old brother Socrates.

To learn more about Gary and/or Nicolaos, visit http://blog.garycorby.com.

Welcome to Working Stiffs, Gary. And thanks for the fascinating history lesson. I suspect your books are every bit as fascinating. I look forward to reading them!

Hello Annette! Nice to meet you and thanks for having me here.

My elder daughter could totally relate to you. She loves riding (jumping and trail rides) and when she isn't riding she gallops, trots and canters round the yard on two legs.

Gary, every young girl I've ever met who was horse-crazy did the galloping around the yard thing, horse from the waist down, rider from the waist up.

Thanks for being our guest, Gary.

I think I need to study some ancient history. Either I didn't pay attention in school, or I'm so old I just forgot it all. Fascinating stuff!

I am taken with your point about one citizen working for another being so strange. When my father, from a long line of cattle ranchers and farmers, took a job with an oil company, the family was scandalized. Working for someone else? Unheard of!

I am curious about women during the time of your novels. Diotima was a metic--did she run her own business, or was it a family trade?

Interesting and enlightening post. I'll be looking for your books.

To answer your other question...

Women in general couldn't run businesses. (Sorry about that.) If you think the sort of social system around Napoleonic and Victorian times, you're probably not far off. In Victorian England they might have a Queen running the country, but you'd never find a lady on the board of directors of a company. Same sort of logic.

The Diotima of my stories was a real historical person. Of the four central characters -- Nicolaos, Diotima, Socrates and Pericles -- the only one I made up is Nico.

The real Diotima is mentioned in the Symposium by Plato. Socrates gets up to talk, and right off he says that everything he knows he learned from Diotima, a priestess of Mantinea.

So priestess was her day job.

She's not from Athens, she's from a city down the road called Mantinea, so she was definitely a metic. I then in the stories had to fill in the details from that scant base.

This means the Symposium, which is often considered the most important book of philosophy ever written, is actually Plato's translation of Socrates' interpretation of Diotima's philosophy.

I better stop typing before your blog runs out of electrons...

Welcome Gary, facinating subject to add to a murder mystery. All 'beginnings' are great additions, especially us readers who have been out of school for a while.
I look forward to reading your books and your interpretation of Diotima.
Patg

Keep typing! We love it!

Gary, thank you for the answer about women's place in the society of the time. Fascinating! I'm not well read in this time period, and today's blog makes me want to change that. I will start with your book!

Thanks so much for being here.

You shouldn't need to be well-read in a period just to enjoy an historical set there! That'd be like saying you must have a law degree to appreciate a John Grisham thriller. Not so!

If the author's done his job right then readers absorb the life and times while they read the important bit: the story.

That's part of the art of historical writing, and the only other place you see the same techniques, I think, are in science fiction and fantasy. Because the issue is the same: world building. The only difference is, in my case, the world I'm building was for-real.

But this is the reason why a lot of the craft techniques you see in SF&F, you also see in historical novels.

I never thought of that, Gary. That's a very good point. I've learned quite a bit of history by reading historical novels. I'd bet a lot of people became interested in the American Civil War by reading Killer Angels.

Thanks for being our guest today. Your post will be up all weekend, so feel free to tell people to stop by and read it.